The House that Got Kicked 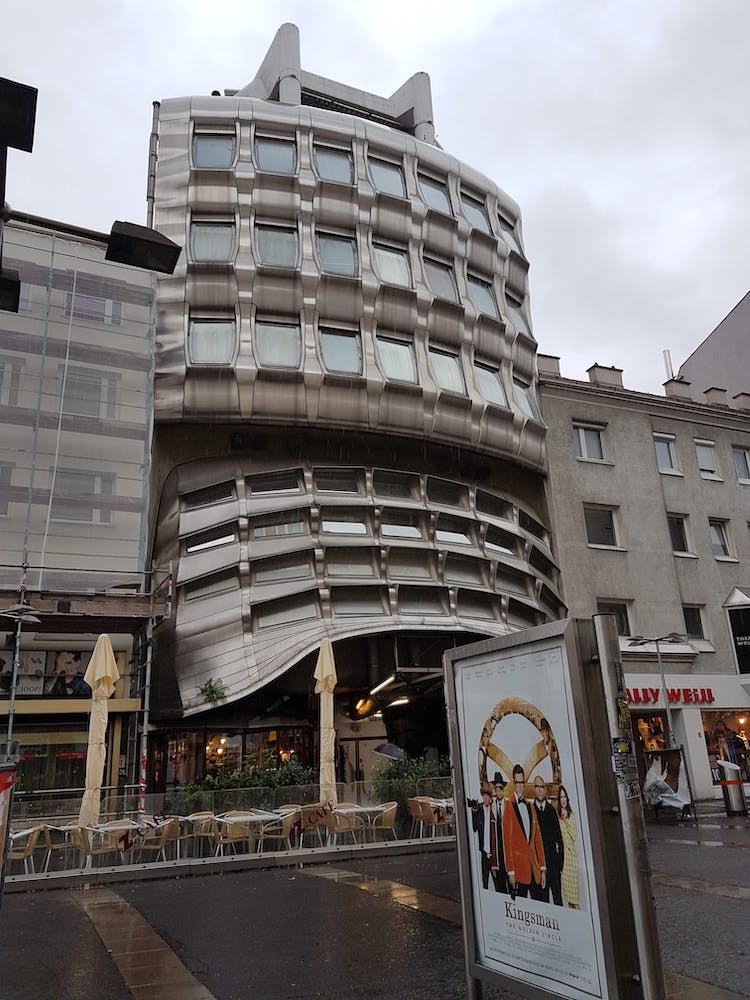 Interesting architecture is everywhere in Vienna, sometimes even in the most unexpected places. Among these is the building that can be found at Favoritenstrasse 118 – a construction of intentionally curved and warped metallic windows that somehow appears to be equal parts pac-man, earthquake survivor, and modernist cool. This building is known as the Domenig-Haus, which refers to the name of the architect, and it was built between 1975 and 1979 as a bank building and cultural site. At the time it was built, this part of Favoritenstrasse had just been recently converted to a pedestrian zone, and the Domenig-Haus was a prominent new resident on the street. Due to its unusual appearance, the building of course also provided fodder for some serious public discussions upon completion. It is said that the building looks like there wasn’t quite enough space for it, so it just go smashed in between its neighbors. Alternatively, it is sometimes called “the house that got kicked” because of the bent and seemingly dented metal above the entrance. Whatever one thinks of it though, it has definitely made its mark! (C.G.)