The Imperial and Royal Library 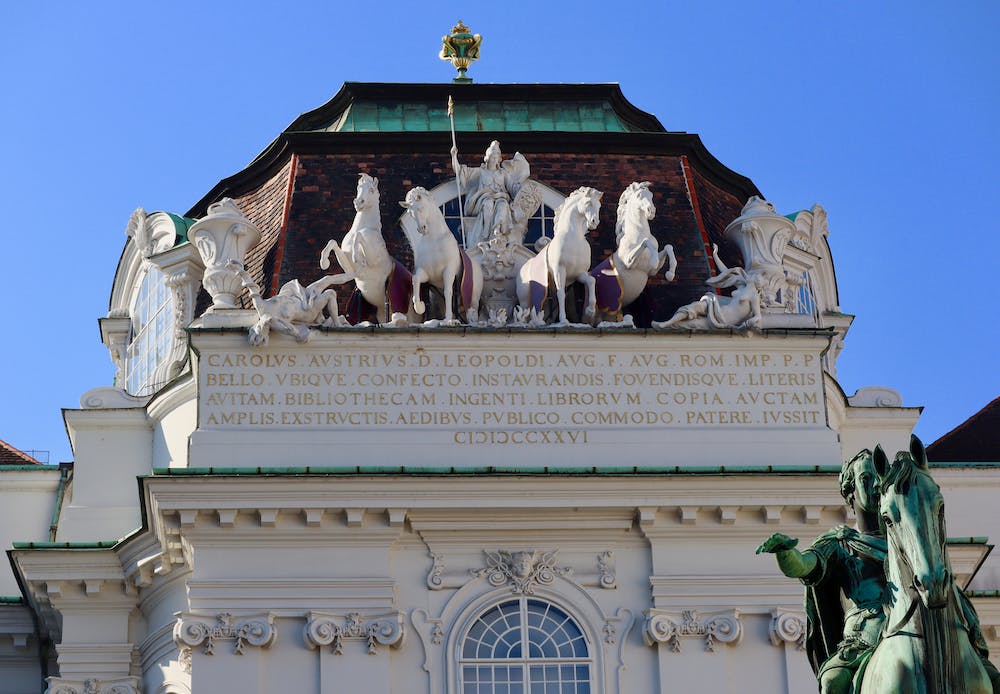 The Imperial and Royal Library at the Josefplatz is a well-known museum not only because it is located in a well frequented street, but also because of its beautiful interior. And perhaps one of the first things that catch a visitor’s attention is the group of figures in the center/top of the façade. Have you ever wondered what they symbolize? They represent Minerva, the Roman goddess of wisdom, who is kind of running over Envy and Ignorance, which are represented as two figures on the ground. We don’t know which figure represents these two characteristics (i.e. either left or right), but they appear to denote the triumph of wisdom over these human qualities. Not a bad message for a library! (Cr).