The indecency of the Donnerbrunnen 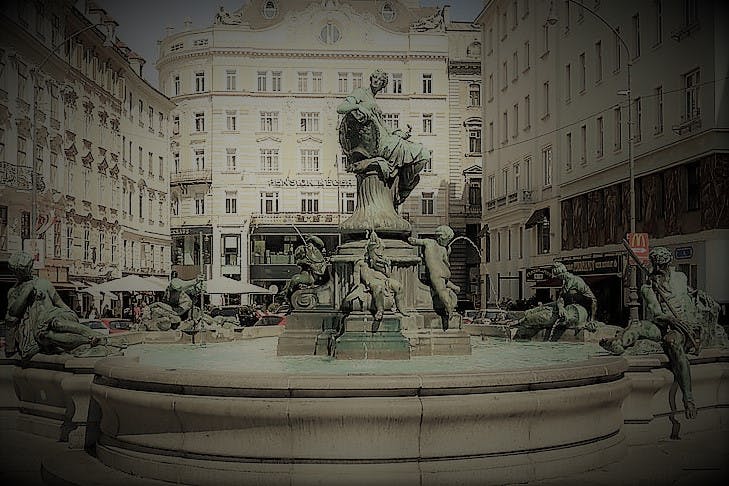 Vienna today abounds with nude statues, nude paintings, occasional nude museum visits (for those who recall the Naked Men exhibition at the Leopold Museum in 2012/2013), naked co-ed saunas, and nude beaches on the Donauinsel and elsewhere around the city. Overall, the Viennese have pretty liberal attitudes when it comes to nudity, but it wasn’t always so. Particularly during the time of Maria Theresia in the 18th century there was a crackdown on nudity and ‘immoral’ behavior, which was codified in 1752 in the form of the Keuschheitskommission (chastity laws). These laws primarily targeted prostitution and extramarital sex, but it also made any fraternizing between men and women in public a potentially punishable offense.

But it was not only the animate citizens of Vienna who were subject to these laws – statues that were considered immodest also came into the crosshairs of the Kommission. A famous example of this is the Donnerbrunnen, located at Hoher Markt in the 1st district. The fountain was built between 1737 and 1739 as the Providentiabrunnen, a name the Viennese didn’t quite know what to do with, so they just called it the Donnerbrunnen in reference to the sculptor of the fountain – Georg Rafael Donner. The fountain features a partially nude reclining statue of Providentia, a Roman allegory for foresight, and by extension, good governance. She is surrounded by allegorical figures symbolizing the main rivers of the Archduchy of Austria. These figures are similarly depicted in varying states of undress, and it was this that brought the statue to the attention of Maria Theresia and her chastity enforcers. The nude figures of the statue were deemed a scandalous affront to public decency and were removed in 1773, with the order that they be melted down and destroyed. However, the sculptor commissioned to destroy the statues recognized their artistic value and rather than destroy them, he restored them. Still, they remained out of pubic view until 1801, when they were returned to their original location.  (C.G.) 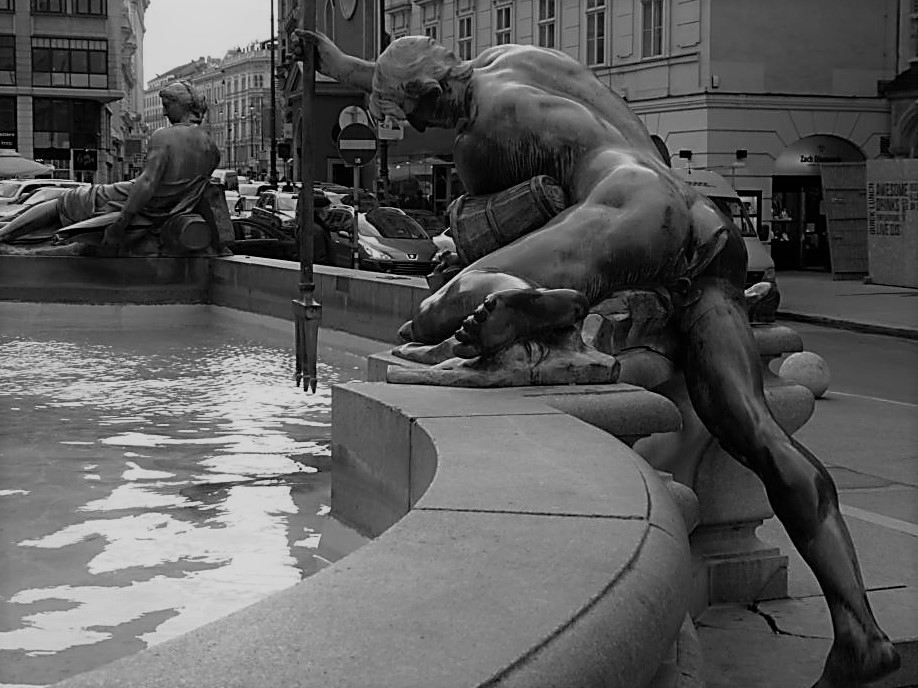