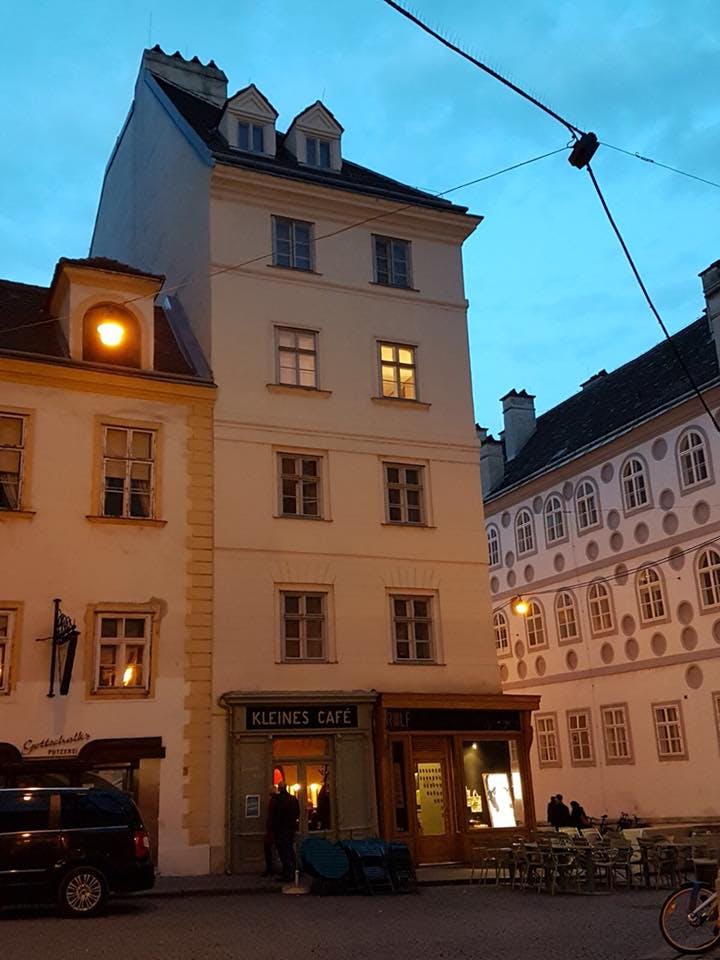 Located near the heart of Vienna’s tourist scene, yet somehow far removed from it, is the Franziskanerplatz and the Kleines Cafe (Small Cafe). The square itself did not exist before 1624 because a house used to stand directly in front of the Franciscan church, which left only a narrow passage by which to access the church.

In fact, this passage was so small that it did not even have a name at the time – it was known simply as “the alley that goes to St. Jerome”. This was in reference to the Franziskanerkirche (Fransiscan church), whose official name is actually the Church of St. Jerome. The building that once stood directly in front of the church was demolished in 1624, which opened up the space in front of the church and created the square we know today.

While there are many stories to tell about the church and the square, one of the more frequented establishments here is the Kleines Cafe, which can be found at Franziskanerplatz 3, on the corner to Singerstrasse. It was featured in the movie “Before Sunrise”, and has developed a faithful and unpretentious clientele. The building in which it is located is noticeably higher than its neighbor, and this is because the top 2 stories were only added in 1802. Previously, it had been a public bathhouse in the Middle Ages, before being replaced by a rather short building. Another indication that the top floors of the current building were added after the fact is the alignment of the windows on the second floor. Unlike the other floors, where the windows are centered, the windows of the 2nd floor jut up against the cornice, which now serves to separate it from the 3nd floor, but which evidently used to be the roof of the building.

While the building itself has grown, the Kleines Cafe on the ground floor has remained true to its name – it is a tiny but cozy space. Although it has the ambiance and character of a classic Viennese coffeehouse, it has in fact only been there since 1970. Nevertheless, it is a great place to have a coffee and admire the Franziskanerplatz on which its located!