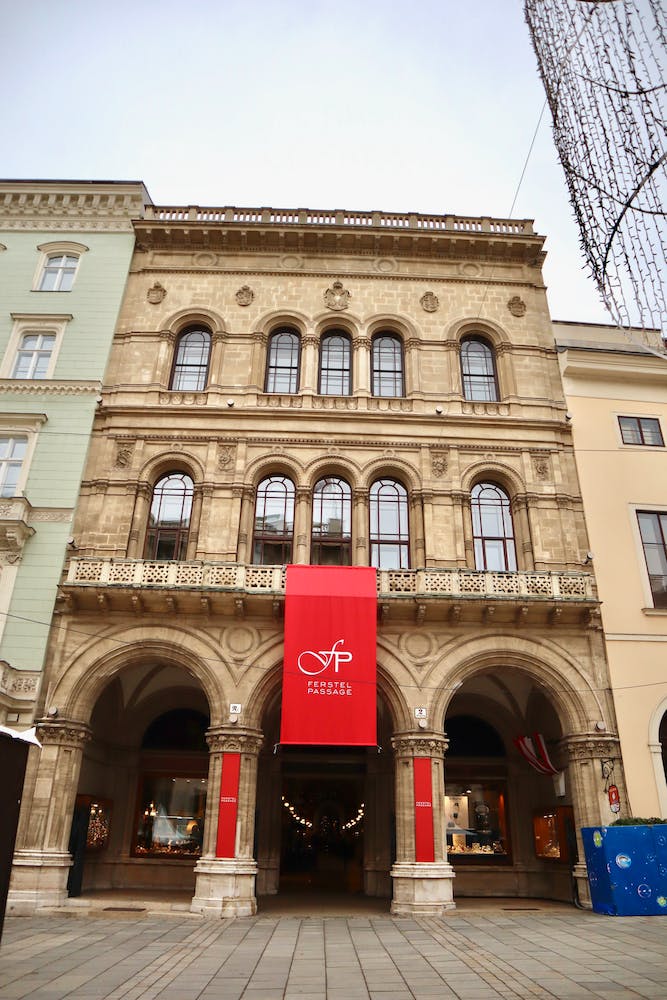 The Palais Ferstel is a bit unusual in that it is named after the architect who built it rather than the owners of the Palais. Most of the palaces built by the nobility or the nouveau riche of the 19th century are known by the family name of the elites who commissioned and lived in them – half the point of erecting a colossally ornate palace in the middle of the city was to announce one’s fortune and status. Not so with the Palais Ferstel: it was actually built in 1860 to house the National Bank and Stock Exchange and is not a palace at all!

The building contract went to the architect Heinrich von Ferstel, to whom the current ‘palais’ misnomer still refers. Once all was said and done in 1860, the cost of the building including the beautiful interior with wood paneling and leather wallpaper, came to a staggering 1,897,600 guilders; and for all that, it didn’t even serve its original purpose for very long. The stock market was the first to move out in 1872, finding the building no longer suited to its needs – later moving into what we now call the Alte Boerse (Old Stock Exchange) on the ring in 1877. In fact, at the time, the Palais Ferstel was actually the Alte Boerse, whereas the Alte Boerse was the Neue Boerse!

The National Bank remained in the building until 1925 before relocating to a more modern building. The Palais was heavily damaged during World War II, and more or less neglected in the years thereafter. Interestingly, during the 1960s, the large wood-paneled hall that had previously served as the stock exchange, was re-appropriated into a basketball court and used for training – even with the post-war neglect, this must have been one of the fanciest but also peculiar basketball courts around! (C.G.)