The smelly secrets of the U1 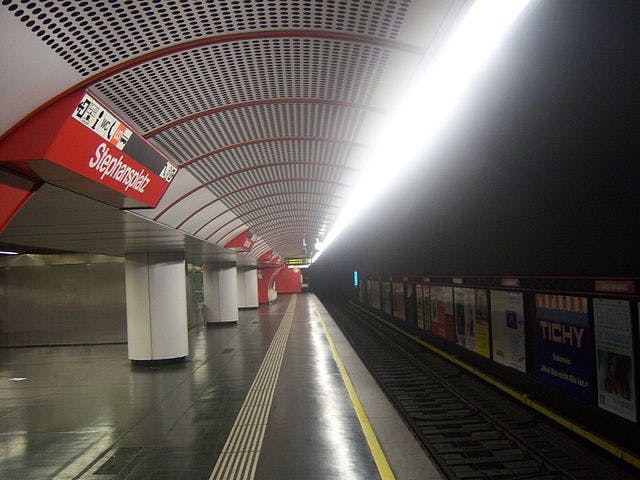 Recently we told you some of the secrets of the U2, but it is not the only underground line in Vienna with a story to tell. This time we will go underground with the U1, which was the first subway line to open in Vienna, and is currently the longest line at 19.2 km long.

When it first began operating in 1978, it had humbler ambitions, transporting passengers only between Reumannplatz and Karlsplatz, but has been slowly expanding ever since. One of the most notable elements about the U1 is that it has a station
directly in the center of the city.

Previously, despite the many tram lines in the city, none went through the 1st district in this way. At the beginning of the 20th century there were plans to connect lines through the city center, but the state refused to help finance it citing military defensive concerns – though one imagines the Habsburgs and court elites may have well had more personal reasons to prevent the
masses from having easy access to the city center.

One of the more noticeable characteristics of the U1, especially in the summer, is the pungent odor that permeates the air at Stephansplatz station. Many stories and theories have sprung up to explain the noxious odor, including claims that small animals had gotten into the walls during construction and their rotting carcasses produce the smell.

Others take this a step further and claim that a homeless man was accidentally trapped in the walls, and it is his decomposing body that commuters can smell. Both of these stories are urban legends; the true story behind the smell is much simpler. The reason it stinks at Stepansplatz in the summer is because the ground beneath the Stephansdom is sandy, so during the
construction of the U1 a chemical binding agent was used to secure the ground and prevent the Stephansdom from sinking.

Unfortunately, when temperatures rise and this binding agent reacts with the ground water, it results in a stinky chemical reaction – this is the smell we are all so familiar with. But Vienna is not the only place this binding agent was used…if you ever find yourself at the Mustek station in Prague in summer, you may discover some olfactory similarities! (C.G.)