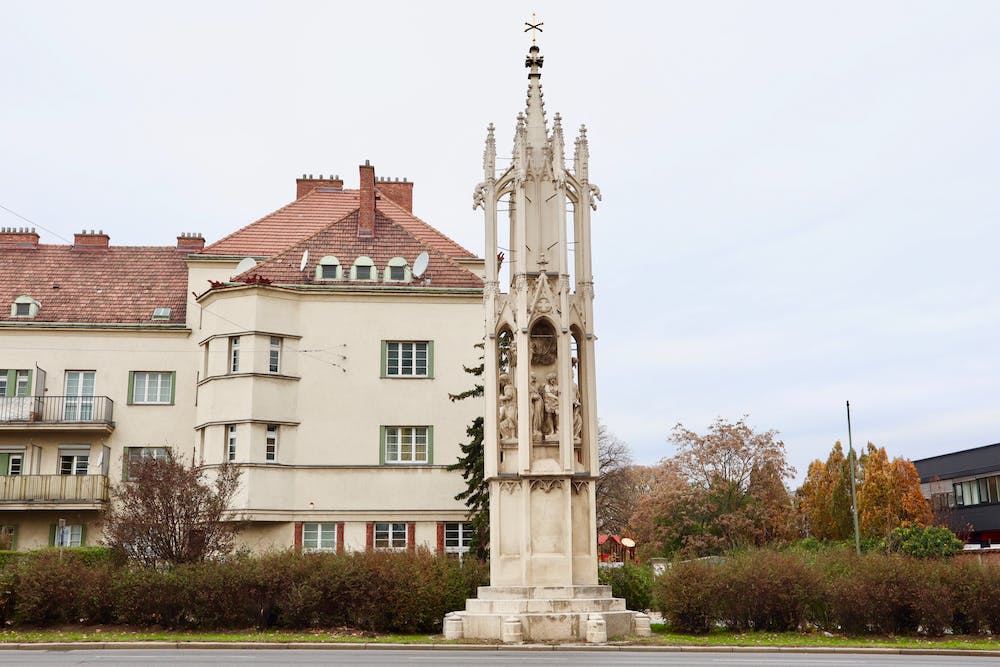 If you are familiar with old paintings or engravings of Vienna, perhaps you have seen those showing Vienna’s surrounding landscape. At least until the beginning of the 19th century what is today the city center of Vienna was the only major urban space in all the area that Vienna occupies today. And somewhere in the middle of all this landscape and later developments of modernity there is something that has survived over many centuries, namely the “Spinnerin am Kreuz” (“The Spinner at the Cross”). 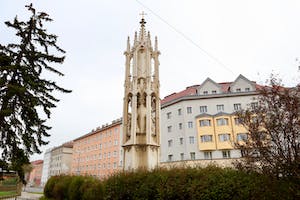 This is a sort of tower/column made of stone that shows religious figures that is located in today’s district of Favoriten (Vienna’s 10th district). The Spinnerin’s history goes back to the 15th century and the area around it has a dark past because executions used to take place here. It is believed that there is a connection between this dark past and the Spinnerin as it is likely that the Spinnerin served as a lantern of the dead. Using different names and being damaged as well as rebuilt several times, the Spinnerin has survived all this time. Today, it has been relegated to stand on a sidewalk next to the busy Triester Straße without major fanfare. The area where the Spinnerin is located remained very green at least until the end of the 19th century and it inspired many artists when working on historic views of the city! (Cr). 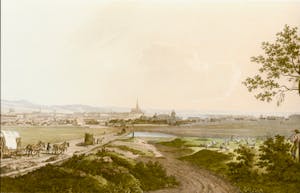