The story of Concordia and its funeral business 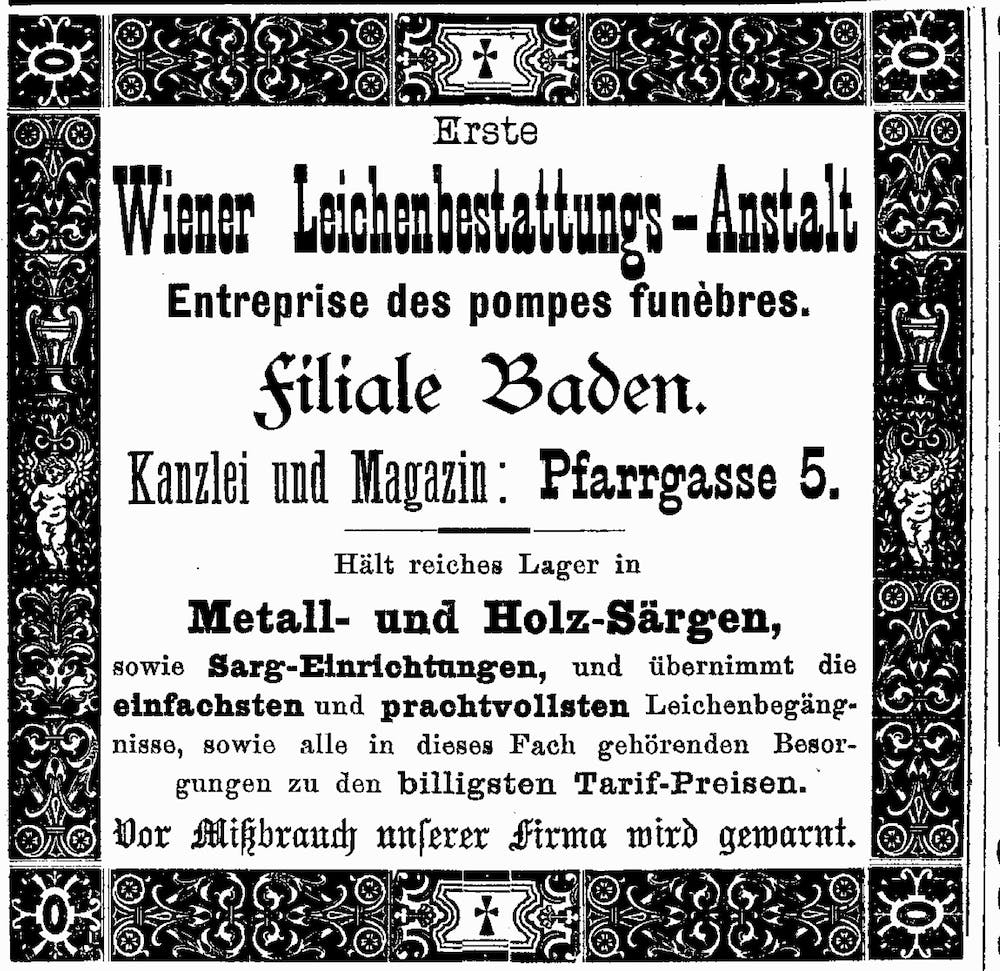 Some weeks ago, we told you the story about the tram 71 and its close connection with death. Well, at that time there were also several private funeral homes that provided all types of services needed when a loved one would pass away. At the end of the 19th century, there were at least 80 such companies that would offer horses, hearses, musicians and even random people who would follow the funeral procession holding torches, coat of arms, and also the corpse. For the right price, anything was possible. However, the marketing strategies of these companies was not as civil as such occasions would deserve. You see, all these companies were competing for “customers” and they would not shy away from using some unethical tactics to reach more of them. One such company was “Concordia”, which would distribute pamphlets encouraging building caretakers and concierges to report to the company any deaths they were aware of. In exchange, they would receive a fee that would depend on the type of funeral to be organized. Concordia had six classes and the fee would range from 25 forints for a Class 1 funeral and 2 forints for a Class 2 funeral. There is the story that some of the caretakers would report someone’s death to several funeral homes to make sure they got a fee and, as a consequence, many companies would show up at the home of the deceased at the same time offering their services. Also, sometimes these companies were aware of someone’s death even before family members! Eventually, these private companies started disappearing when the city of Vienna bought the two largest funeral homes, Concordia and “Enterprise des Pompes Funebres” in 1907. This was the beginning of “Bestattung Wien” (Funeral Vienna), which is a state-owned enterprise that organizes funeral services. So, the next time your Hausmeister asks you “How are you today?”, don’t be suspicious! (Cr).