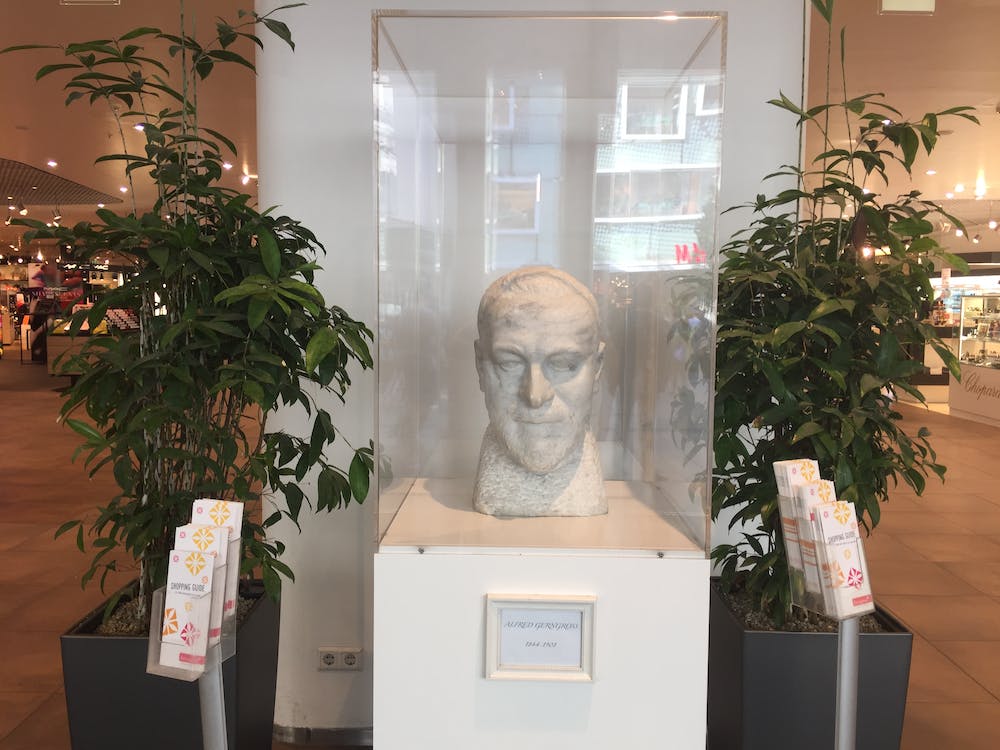 The Mariahilferstraße carves a border between Vienna’s sixth and seventh district and it is an unmissable – or perhaps simply unavoidable – section of the city.  It is hard to imagine that someone in Vienna has not visited this street: maybe for shopping or window-shopping, drinks and clubbing, or just for a walk.  At least since the 1600s this street has accommodated many businesses and the crowds have always provided ample custom to the entrepreneurial. Among the many small and large shops that one finds in the Mariahilferstrasse there is one, which most likely everyone in the city has – knowingly or unknowingly – visited at some point in life: Gerngroß, which is a microcosm offering seven floors of unadulterated commercialism where you can purchase anything from shoes to perfumes to the latest iPhone.

Attracted by this entrepreneurial spirit, Alfred Gerngroß relocated from Germany and opened a small cloth shop in this street with his brother Hugo in 1879. His success – which should not be understated – allowed him to expand and develop his business. He proved so successful that by the turn of the century he was able to hire the architects Fellner & Helmer – who were otherwise busy designing the preeminent theatres of the empire including the Volkstheater – to build a department store that would become the largest in both Vienna and in the Habsburg empire.

The store, built between 1902 and 1904, was fronted by a stunning Jugendstil façade, totaled five floors and boasted two majestic long curved staircases on the left and right sides of the ground floor that would take you to the first floor (see the picture). The building would rightly be considered luxurious today. It had

eight elevators, a reading room offering national and foreign newspapers, a public telephone, hourly express delivery to all districts, and – still a rarity in twenty-first century Vienna – was open from 8 a.m. to 8 p.m.!

Gerngroß survived the Second World War, albeit in poor shape, and was returned back to its lawful owners after the war ended.  What Gerngroß could not survive, however, was a devastating fire in 1979, which led to its demolition and the construction of a new store in 1980. It is this phoenix which still stands today.

Little remains to suggest the splendor that Viennese shoppers were once treated to. The building, its staircases and elevators, even its generous opening hours, have long since gone. However, in true Viennese fashion, the building still bears an inextricable link to its past as Mr. Alfred Gerngroß – or his bust – keeps a watchful eye on his legacy, dutifully greeting everyone entering the mall that bears his name.

Picture taken at the Jewish Museum.