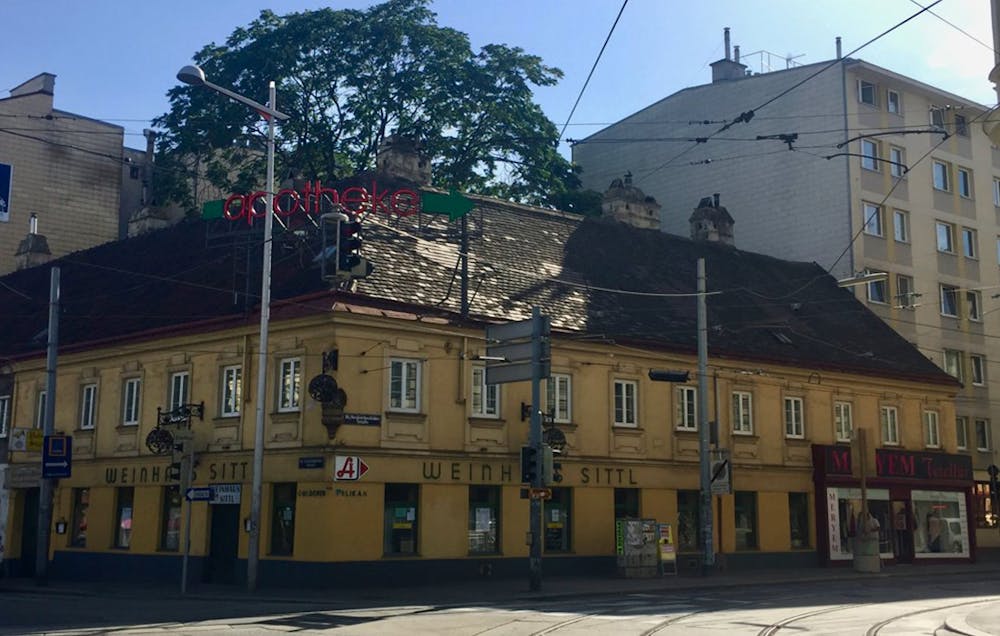 We have mentioned several times that Vienna’s city center was surrounded by walls. Well, those were not the only walls that the city had. Kaiser Leopold I decided to add an additional line of defence to the city by building 13 km of walls in 1704. This wall was nothing compared to the fortifications of the city center but led to the separation of the Vorstädte (something like the “inner suburbs” in English) and the Vororte (“Outer suburbs”). One interesting neighbourhood in the Vororte was Neulerchenfeld (located in today’s 16th district), which in 1803 a chronicler referred to as “the biggest Wirtshaus (“tavern”) of the roman empire” because it hosted a large number of restaurants. The chronicler also tells us that at that time, out of 155 houses roughly 83 had a license to serve beer or wine! And the names of the taverns were very peculiar: “The Golden Ostrich”, “The White Swan”, “The Six Pints”, “The Blue Bottle, “Hope”, and many others. Of these generation of Wirtshäuser, only one survives today, namely the “Golden Pelican”. Located right where the walls used to be, the house that hosts the pelican dates back to the 1740s and it is now under protection of the Federal Monuments Office. 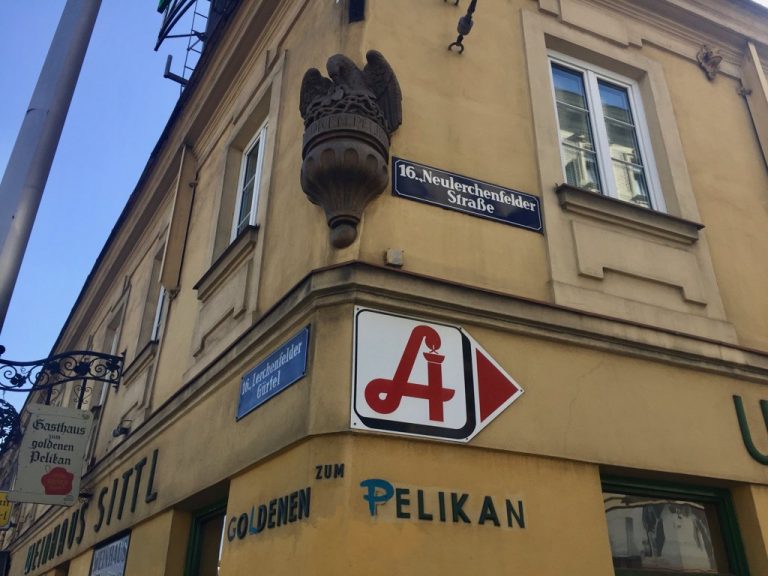 Why so many Wirtshäuser? It was all about money. A tax was imposed on food entering the Vorstädte and, therefore, people would just cross the wall and go to the outer suburbs, in particular Neulerchenfeld, for eating and drinking as this was more affordable. Perhaps an exaggeration, but our chronicler tells us that on a nice Sunday around 16,000 people would be there… and Neulerchenfelder’s population was roughly 5300! (Cr).