The Story of Ottakringer Brauerei 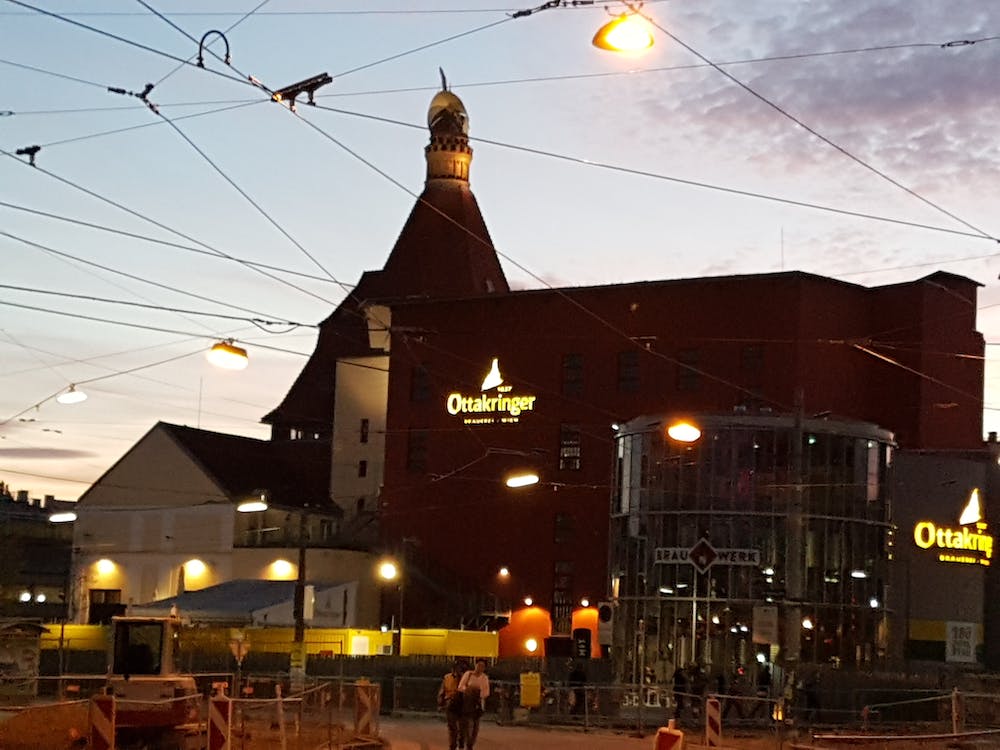 Vienna tends to be associated more with wine than with beer, but when it comes to beer, Ottakringer is surely the one that comes to mind. Ottakring is of course also the name of the 16th district, and the namesake for the beer and brewery which is located in that district.

When it was established by Mr. Plank in 1837, the Ottakringer Brauerei was just one of 44 breweries in and around Vienna at that time. Today, it is the only one left. Ottakring at the time was not a part of Vienna, but the entire area was described as “the holy Roman empire’s greatest pub” around 1800 due to the fact that of the 150 houses located in Ottakring, 102 of them had the right to serve food and alcohol.

The brewery was sold in 1850 to 2 cousins, Ignaz and Jacob Kuffner, who spent much of the latter half of the 19th century modernizing the brewery and working their way up in the Viennese political scene. The brewery remained in the hands of the Kuffner family until 1938, when the fact that they were Jews increasingly made them a target of Nazi rule, and they hastily sold it for the relatively low price of 14 million schillings to the Harmer family before fleeing Austria.

After the war, the brewery was briefly taken over by the Russian occupation forces, but the Harmer’s were able to prove that they had legally obtained the business, and their ownership rights were restore. To their great credit, they also sought out the heirs of the Kuffner family in the post-war period, and paid an additional 11 million schillings as redress for the low price originally accepted by the Kuffner’s under the duress of the Nazi period.

One June 21, 1945 it was reported in the newspaper that beer was back in Ottakring, though this continued to be a weak beer until 1949 due to post-war food and supply shortages. One of the more notable featuers of the brewery building is the Darreturm (drying tower), which was built in 1907 and was in use until the 1980s to dry the malt needed for the brewing process.

Throughout all these years, the brewery has remained in private hands, and now produces over 500,000 Hectoliters of beer per year – so the next time you are thirsty, get yourself a ‘16er blech’ and say ‘prost’ to the Ottakringer Brauerei!