The story of the Bärenmühldurchgang 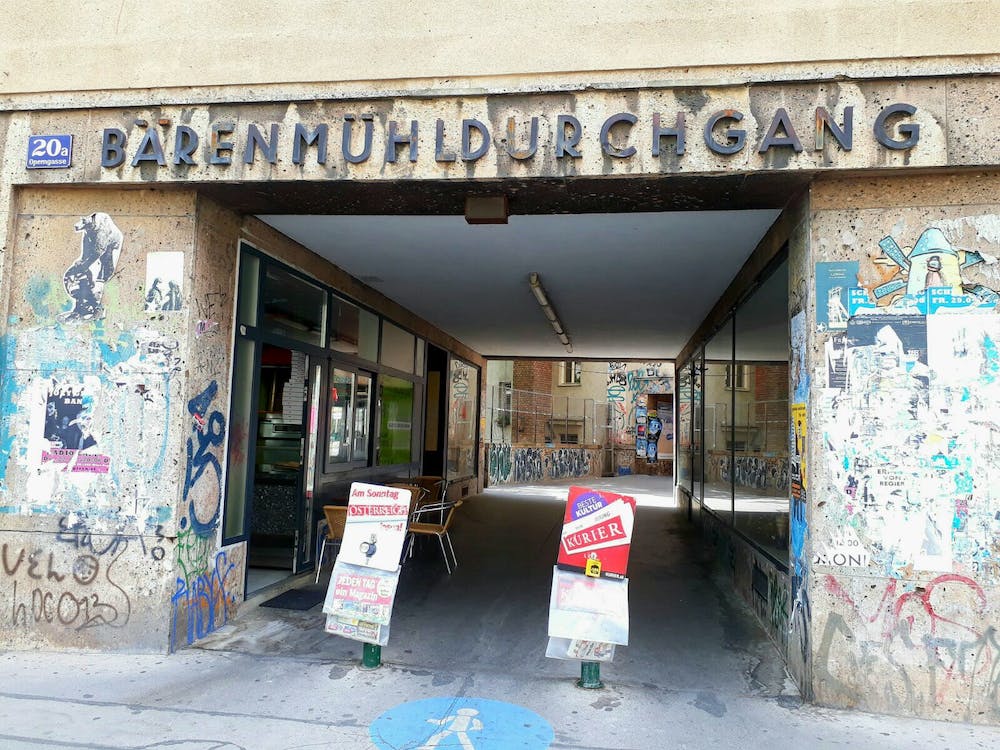 In Vienna’s fourth district there is a short passage that takes you from the Operngasse to the Naschmarkt area.  This passage has the peculiar name of “Bärenmühldurchgang” (something like “Bear mill passage” in English).  Why this name? According to a famous legend, one day in the late 17th century the owner of a mill (there were a couple of mills along the Vienna river at that time) was going about his daily job when suddenly he was attacked by a black bear. Seeing this, the miller’s servant jumped out of a window on top of the bear and, after fighting it with his bare hands, the servant saved the life of his employer. The legend also tells us that years after this event, the servant managed to own a restaurant, which he obviously named “Zum Schwarzen Bären” (“To the black bear” in English).  Is this a true story? We don’t know about the servant fighting the bear, but the mill and restaurant apparently did exist.  And bears were spotted in some areas of today’s Vienna’s still in the early 18th century. Regardless, the legend makes for a good story! (Cr). 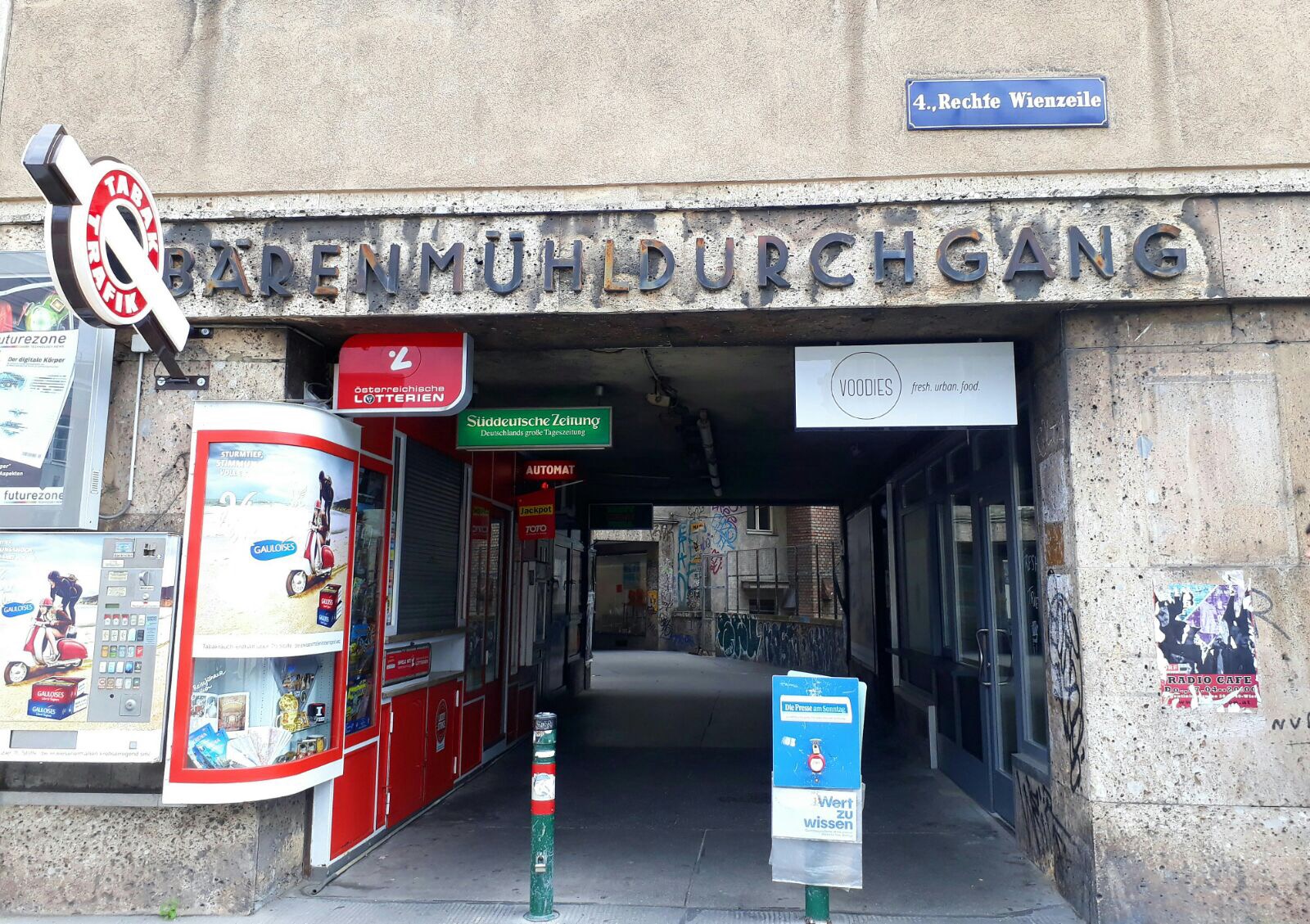