The story of the Bartolotti-Partenfeld-Palais 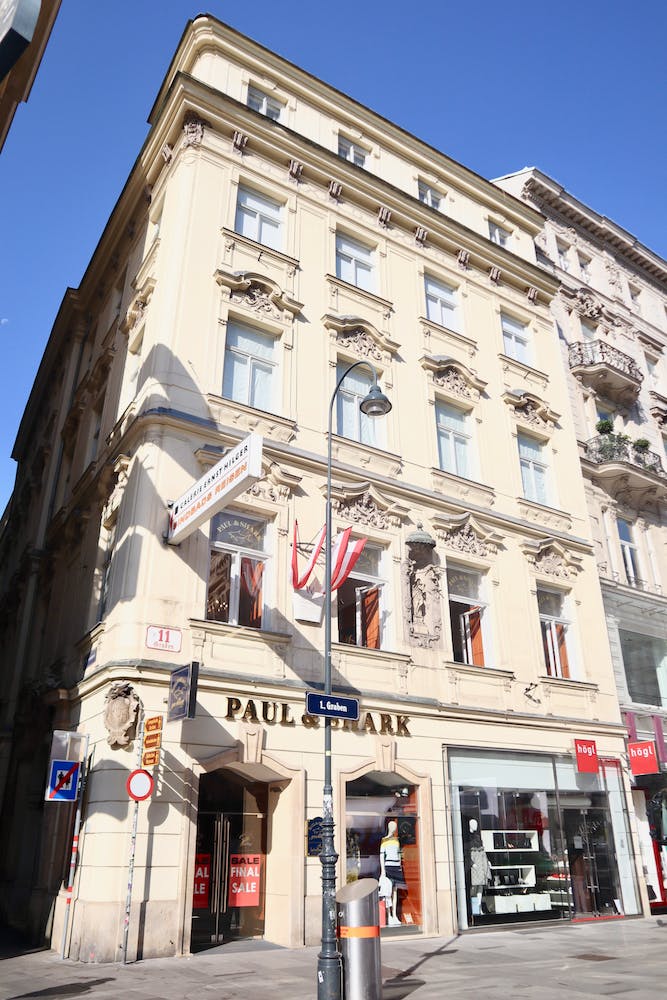 Some weeks ago, we told you about the Esterházypalais: the only survivor of the baroque period in Vienna located in the Kärntnerstraße.  Well, there is another building that has a similar story, namely the Bartolotti-Partenfeld-Palais that is located in the corner of the Graben and the Dorotheergasse. While on the side of the Graben this building is flanked by younger peers of the 19th and 20th centuries; on the Dorotheergasse it enjoys the company of some 18th century contemporaries. The Bartolotti-Partenfeld-Palais, built sometime between 1715 and 1720, got its name from the Bartolotti brothers Johann Paul and Johann Carl, whose Venetian family came to Austria in the 1500s and eventually became members of the Habsburg aristocracy. 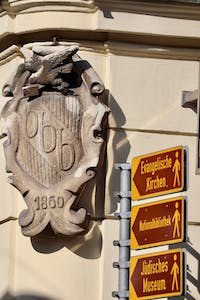 If you visit the building and pay close attention to it you may see that pigeons are part of its façade decoration.  The reason for this is that in 1860 a gentleman with the name Heinrich Eisert opened a store specializing in clothes manufacturing in the Mariahilferstrasse.  He called his store “Zur Brieftaube” (“to the messenger pigeon” in English).  In 1967, the pigeon moved into the Bartolotti-Partenfeld-Palais and that is how a “venetian pigeon” was born! (Cr)