The story of the Börsendorfersaal 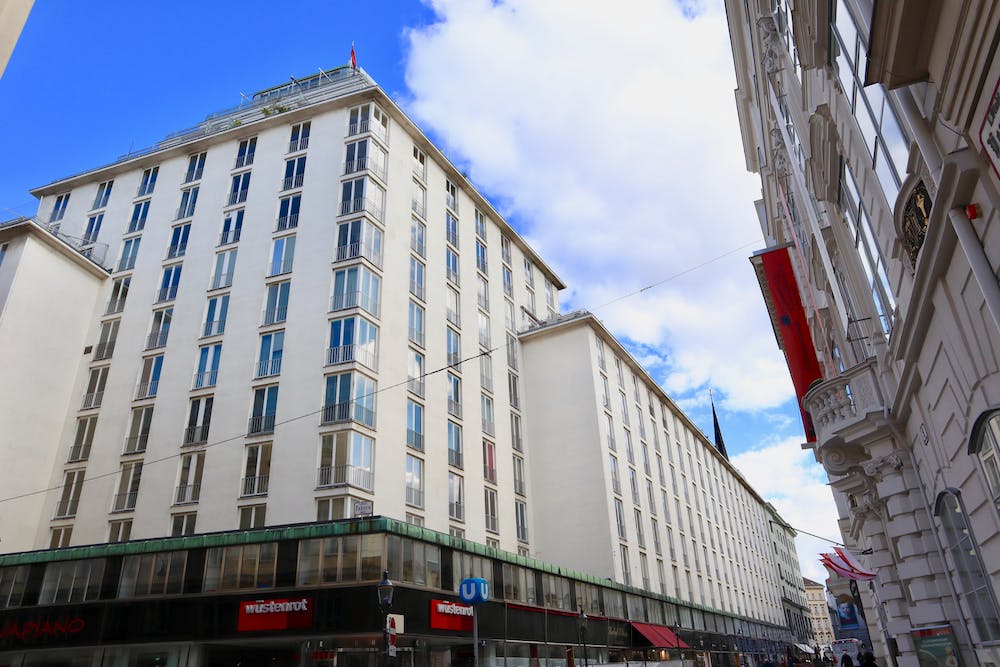 It is likely that most of our readers have passed by the Hochhaus Herrengasse, but perhaps you did not make it to the lobby of the building. There, you will find a memorial plaque about a place called the “Börsendorfersaal”. The name goes back to the company Bösendorfer, which is a well-known Austrian piano manufacturer. Established in 1828 by Ignaz Bösendorfer the company received the K.K. title (Imperial and Royal supplier) in 1839. It was Ignaz’s son, Ludwig who in 1872 supported the creation of a concert hall, the Bösendorfersaal, in the Liechtensteinpalais at the Herrengasse. 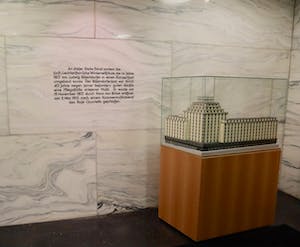 The place could host roughly 600 people and for the next 40 years it was a very famous place to go for piano concerts as its acoustic was considered supreme. This particular Palais Liechtenstein – not to be confused with the other one located near the Burgtheater– had a long life, but in 1913 the Palais was one of the victims of modern times and it was demolished and with it the Bösendorfersaal was also gone. The last concert there took place in May 1913 and according to Stefan Zweig no one in the audience wanted to leave the hall even after the lights were gone. After the flattening, the large area where the Palais used to stand remained empty – it was even used as a playground – as it took 20 years for a new building to be built, namely the Hochhaus Herrengasse. The memorial plaque that you find in the lobby of the Hochhaus pays tribute to the great past of the Börsendorfersaal. And it is open to debate whether the Hochhaus is a worthy successor of this Baroque style Liechtensteinpalais in particular in the Herrengasse! (Cr). 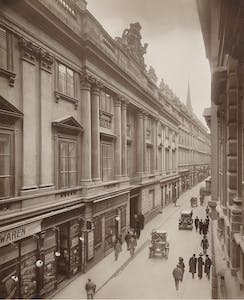