The story of the Burgtor 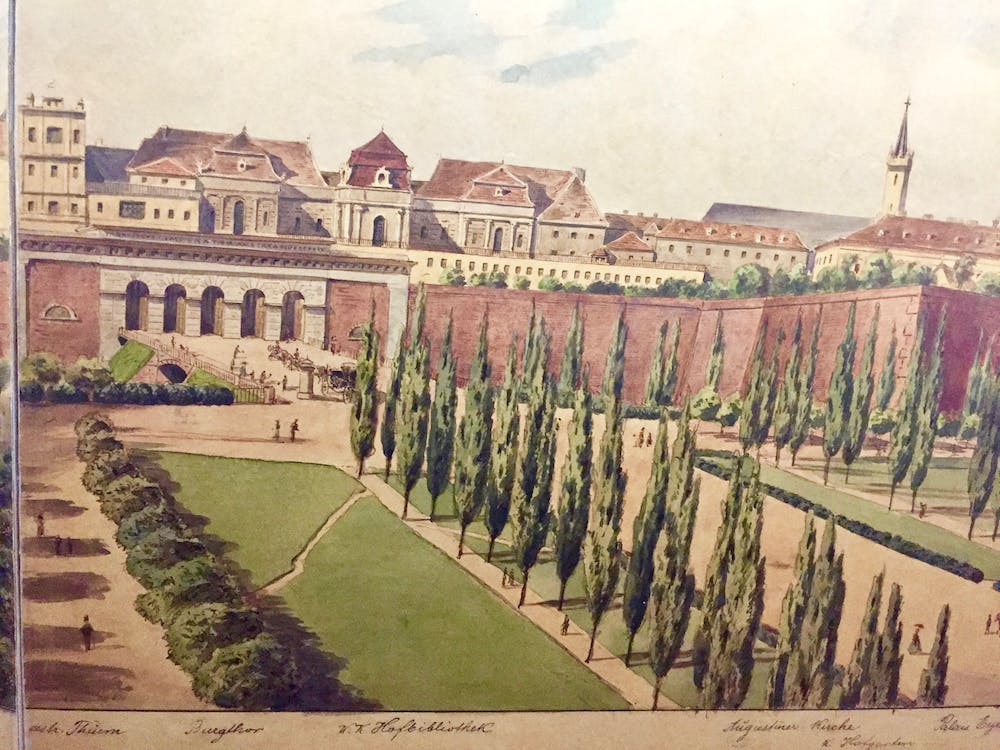 For many centuries, Vienna was surrounded by walls. Today, there are still some remnants of these fortifications and perhaps some of us are so used to some of them that we just do not notice them. The fortification walls that were located right next to the Hofburg dated back to the time of the Babenberger and eventually they were referred to as the Burgbastei (“Burgbastion” in English). Over many centuries, the bastion was modified a number of times, but the Hof (“Imperial court”) was never fully satisfied with these changes either aesthetically (some of the gates were small) or strategically (there were some weak points). Also, as the city was growing in later years, the Burgbastion area was taking away precious space and all the plans to do something about it did not lead to satisfactory results. “Help” to finally do something about the Burgbastion came in the strangest form. Napoleon paid a visit to Vienna in 1809 and just before leaving the city the same year he thought it was a good idea just to blow up the Burgbastion and its adjacent fortifications. 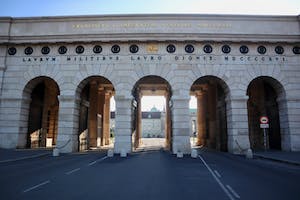 One could argue that somehow this event was helpful. The space that was gained allowed the Hof to build a new representative gate for the Hofburg, which is known today as the Burgtor (built in 1821-1824) and is the only remaining gate of the city’s walls. Also, today’s Burggarten, Heldenplatz, and Volksgarten are the result of the space gained by removing the bastion. Most recently, during works for the construction of the temporary quarters of the parliament in the Heldenplatz area, remains of the old Burgbastion were found and carefully covered. After so many years, the Burgbastion still manages to make news! (Cr.) 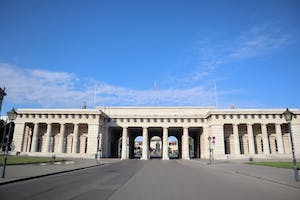