The story of the Esterházypalais 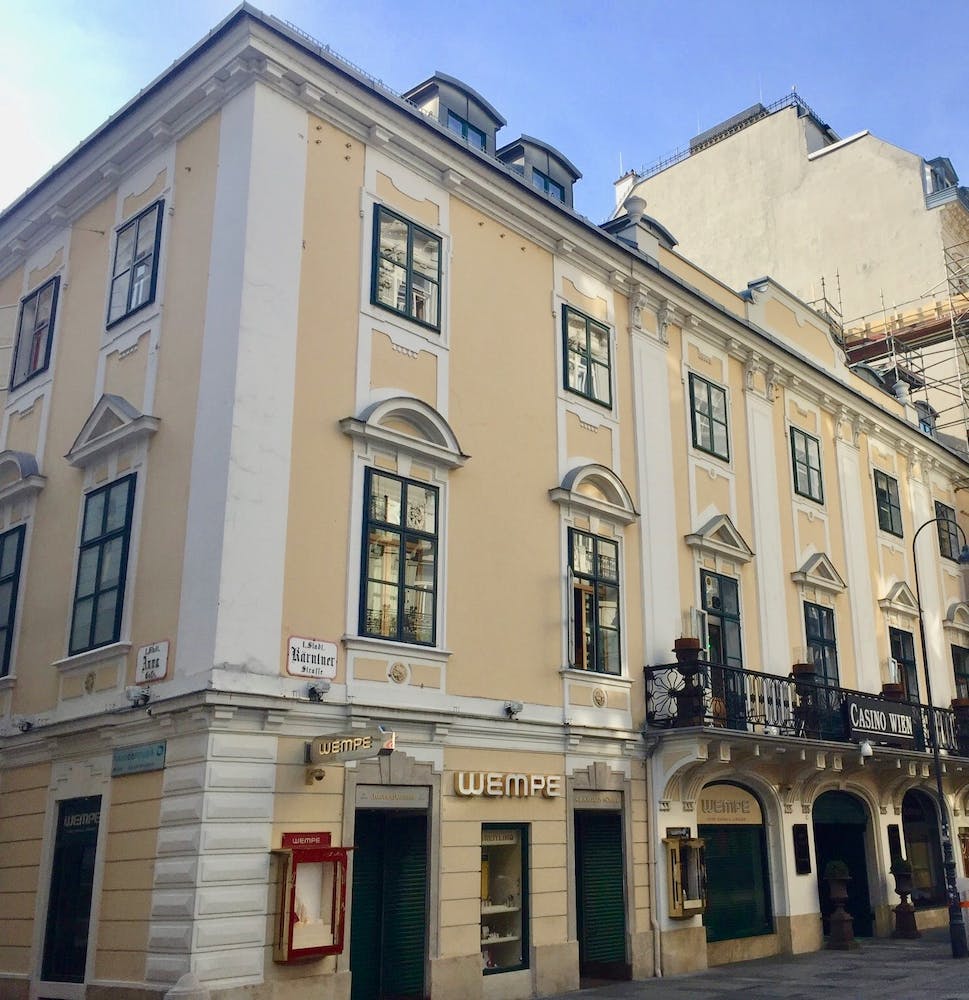 Baroque is unavoidable in Vienna. The seventeenth and eighteen centuries was, at least for some, a period of wealth and extravagance throughout the then empire, with the multitude of nobles and minor royals vying to leave their mark on the capital. These buildings are inescapable and admirable with their resplendent facades peppered with stucco and remain responsible for a greater part of Vienna’s grandeur.

However it is not uniform: some streets seemingly remain untouched, while others have lost most of their baroque personality either through demolition or remodelling.  In some streets some baroque buildings may even go unnoticed.  Sometimes colors, noises, and the hectic of the city may prevent our senses to see what is in front of us!  One of those streets where these elders of Viennese architecture may go unnoticed is the Kärntnerstraße – one of the main arteries of the city that takes you from Karlsplatz to Stephansdom.  Even the glass-panelled, sprawl of modern-day shopping on Kärntnerstraße has had its Baroque past. One in particular, the Esterházypalais, which dates back to the 1600s, is prominently inconspicuous. It is named after the Esterházy family – an aristocratic Hungarian family, who were based out of Eisenstadt in Burgendland and owned no fewer than four other Esterházypalais in the city. Although not the original owners – it was built for the von Falkenberg family – the palais on Kärntnerstraße was acquired in 1871 by Moritz Graf Esterházy.

The palais has outlived the empire and it has also survived remodelling, bombing raids, and a large fire in 1968 that gutted the interior. Many of its contemporaries did not fare so well. Apparently, the building is still owned by the Esterházy family. Look for it next time you are in the Kärntnerstraße.  It should be easy to find: this is the oldest and smallest building in the bustling street. A true survivor! (Cr)