The story of the Grand Hotel 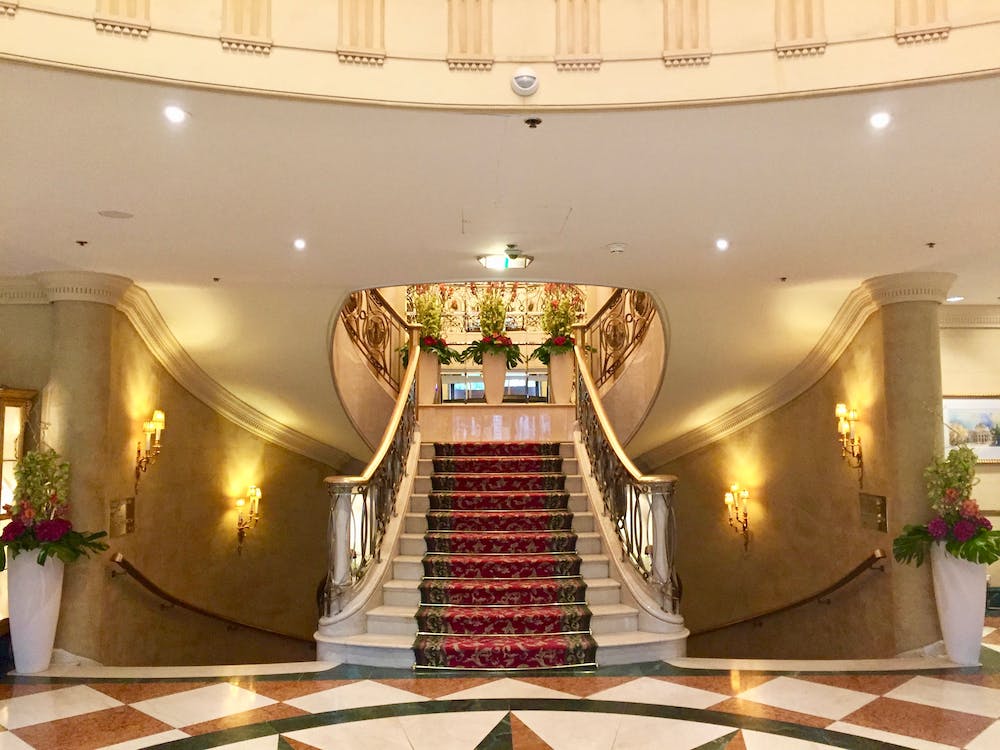 Do you know the Grand Hotel on Vienna’s Ringstraße? The hotel was one of the many buildings that populated the area where the city walls once stood. The owner of the building, constructed in 1861-1865, was the hotelier Anton Schneider who hired the architect Carl Tietz with the task of building a “Maison Meublée” (“Furnished House”). The building was initially known as “Wohnhaus Schneider”, but despite its name, Schneider did not live there as he had other intentions. You see, although Schneider owned a hotel in the Kärntnerstraße, he really wanted to have a hotel on the Ringstraße. Everyone who was anyone wanted to be part of this new era. The problem was that Schneider did not have a license for a hotel on the Ringstraße. Nevertheless, he figured that in the not-too-distant future, he would obtain a license and decided to gamble. Schneider instructed Tietze to build a building, which later could be turned into a hotel without major efforts and at low costs. He even bought adjacent property that he could use to expand the hotel. In the meantime, he would just rent the flats in this new fully furnished building. And his plan paid off! The Grand Hotel was inaugurated in 1870 and it was one of the most luxurious hotels of the city frequented by many members of the Habsburg aristocracy. And these visitors make the Grand Hotel special. It was here that Rudolf, Crown Prince of Austria, would meet Baroness Mary Vetsera, his mistress. The Baroness would frequent the Grand Hotel under the pretext of visiting a friend, a niece of Elisabeth. This love affair did not end well, however. The Crown Prince and the Baroness were both found dead in Mayerling on January 30, 1889. But that is another story (Cr).