The story of the Haas Haus 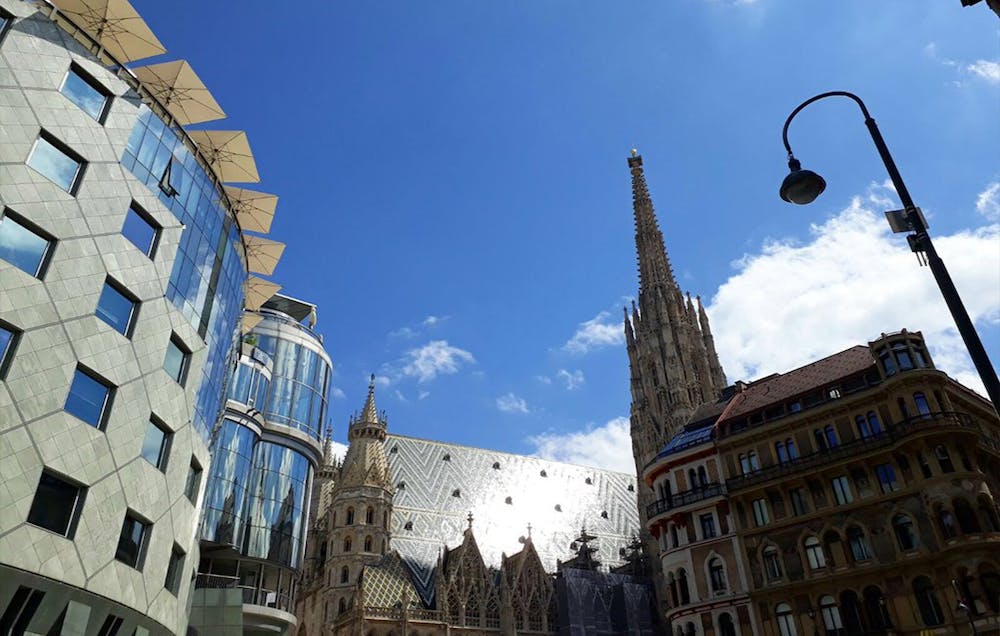 Some time ago, we told you about the Loos Haus, “the house without eyebrows”, and the controversy that its simple façade led to. Well, roughly 120 years later another building faced a similar challenge. Have you ever heard of the Haas Haus? Probably you have, but perhaps you don’t know that there were actually three versions of it. The first Haas Haus was built by August Siccard von Siccardsburg and Eduard van der Nüll (the architects of the Opera) in 1865/1867. This was a beautiful department store and belonged to the industrialist Philipp Haas, but that did not survive the Second World War. The building that replaced it was finalized in 1953, but its construction was a bit more complicated: How to replace a building in such a representative area as the Stephansplatz? How to maintain harmony with other neighbouring buildings? Can one see the Stephansdom from the Graben? Indeed, the question was not only about the building, but about the entire design of the Stephansplatz area. This debate led to the decision to demolish the second Haas Haus in 1986, as it was considered to not meet the requirements of the time. The replacement, which still stands today, was built in 1987-1990 and from its conception to its finalization was defended and criticised by many. Critics did not like, among many other things, the mirror glass façade and the shape of it, in particular the little tower that faces the Stephansdom. Today, the Haas Haus hosts a variety of businesses and it is well visited. And it is still popular with many and less popular with others. This will be most likely always the case! (Cr.)