The story of the Heinrichhof 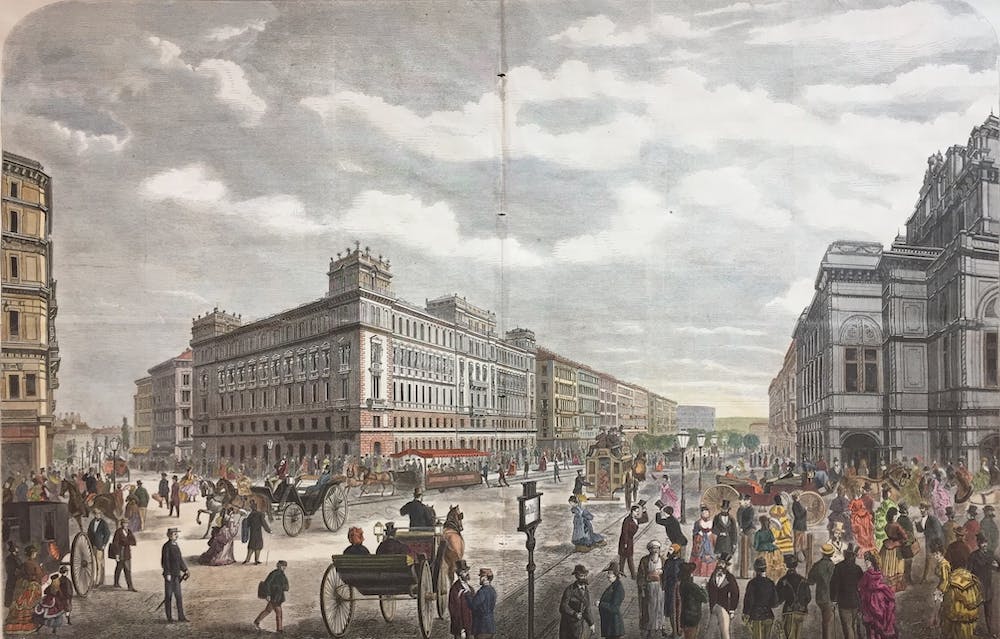 The Vienna Opera is one of the landmarks of the city with hundreds of locals and tourists visiting it every year. While it is subject of nearly every collection of holiday photos, the building behind (and often ignored by) the photographer is equally steeped in history. If you take the time to turn around and peer at building on the Ringstraße opposite the Opera, you’ll notice it looks oddly out of place.

After the removal of the city’s walls, Vienna saw an unprecedented level of construction. If you had left Vienna, say, in 1860 and came back in 1865 you would have most likely not recognized the city anymore.  Apartment buildings were being constructed everywhere for those who could afford homes in this “new” part of the city. One of those who could definitely afford to do so was the industrialist Heinrich Drasche, owner of the Wienerberger brick manufacturing company. He engaged the famous Danish architect Theophil von Hansen (architect of, among others, the Parliament and the Musikverein) to build the apartment building on the Ringstraße that would bear his name: the Heinrichhof.

The Heinrichhof, built between 1861 and 1862, was an imposing apartment building that was so impressive, it set the standards for the construction of other projects in the Ringstrasse and elsewhere. It boasted four towers that indicated that it was a sort of palace for a new class of people: the aristocracy was passé and a new group of wealthy industrialists were here to stay. The classical allusions remained, however. The façade was adorned by beautiful Hermae two of which were auctioned off at the Dorotheum in 2015 for 35,000 Euros. The Vienna Museum is the proud owner of both pieces.

The complex also hosted the Heinrichhof Café, which was visited by artists such as Josef Hoffmann and Otto Wagner, and even the composer Johannes Brahms. Frederic Morton recounts how the famous German, who used to have a table reserved for him at the Café, would recline in a chair by the window and then would “doze off” after his regular Mocha. Meanwhile, Morton continues, “[P]assers-by would pause to admire the Brahms monument which sat there behind the glass pane with closed eyes. It was a thrill to watch the statue come alive and tip the waiter.” Unfortunately, the Heinrichhof was one of the many inanimate Viennese victims of World War Two bombing, being hit in March 1945. Although some believe it could have been restored it was removed entirely by 1954 and was replaced by today’s Opernringhof. This was arguably a less than equal exchange.

Not much is left to remember the Heinrichhof. Unless you are able to fork out several thousand Euros if another original Herm appears on the market, the best option is to admire one of the surviving engravings or photos of the building.  Mr. Drasche, however, lives on to some extent: kept alive by his company Wienerberger that continues to manufacture bricks to this day. And it is in this sense that you could still be lucky enough to stumble on a physical remnant of this seemingly lost past. If you pass by any of the numerous construction sites throughout Vienna right now, you might see a HD brick… send us a pic if you do! 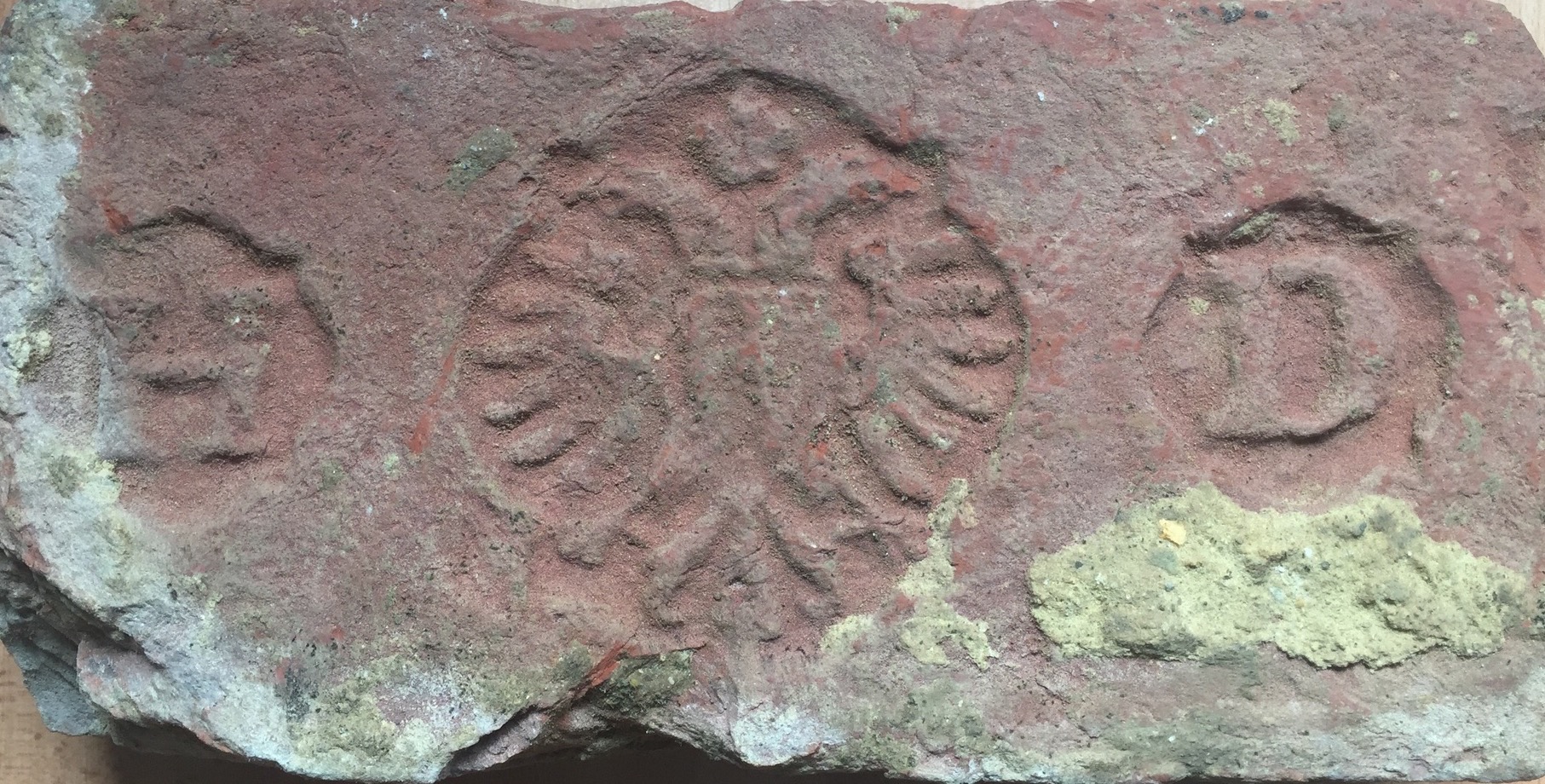