The story of the Lobmeyrhof

The 16th district of Vienna, also known as Ottakring, was established in 1890/1892 when the neighbourhoods Neulerchenfeld and Ottakring were united. The district’s architecture is a combination of small houses that survived modernity, late 19th century buildings, Gemeindebauten (“communal housing” in English), and other, sometimes strange, types of architecture. In all this architectural melange, there is a building that deserves attention, namely the Lobmeyrhof. As the 50th anniversary of Franz Joseph’s reign was approaching, he decided to establish the “Kaiser Franz Joseph Anniversary Foundation” in 1895, with the goal of building homes for those who could not afford it. The Lobmeyrhof, built in 1900/1901, is one of only two projects built by the foundation and it is considered a precursor of Vienna’s communal housing. Although the building was forgotten and was in bad shape for many years, a refurbishment program allowed a remarkable comeback of the Lobmeyrhof in 2016. And who was Lobmeyr? Josef Lobmeyr started his glass manufacturing business in 1823 and soon became a purveyor to the royal house. His son Ludwig Lobmeyr, after whom the Lobmeyrhof was named, inherited the company and, among many achievements, developed the first electric chandeliers together with Thomas Alva Edison. This connection with the U.S. continued in the 20th century as Lobmeyr’s chandeliers were present at the inauguration of the Metropolitan Opera House in N.Y. in 1966. Located in the Kärntnerstraße 26 since 1895 the Lobmeyr glass manufacturing company is a family business now in the 6th generation! (Cr) 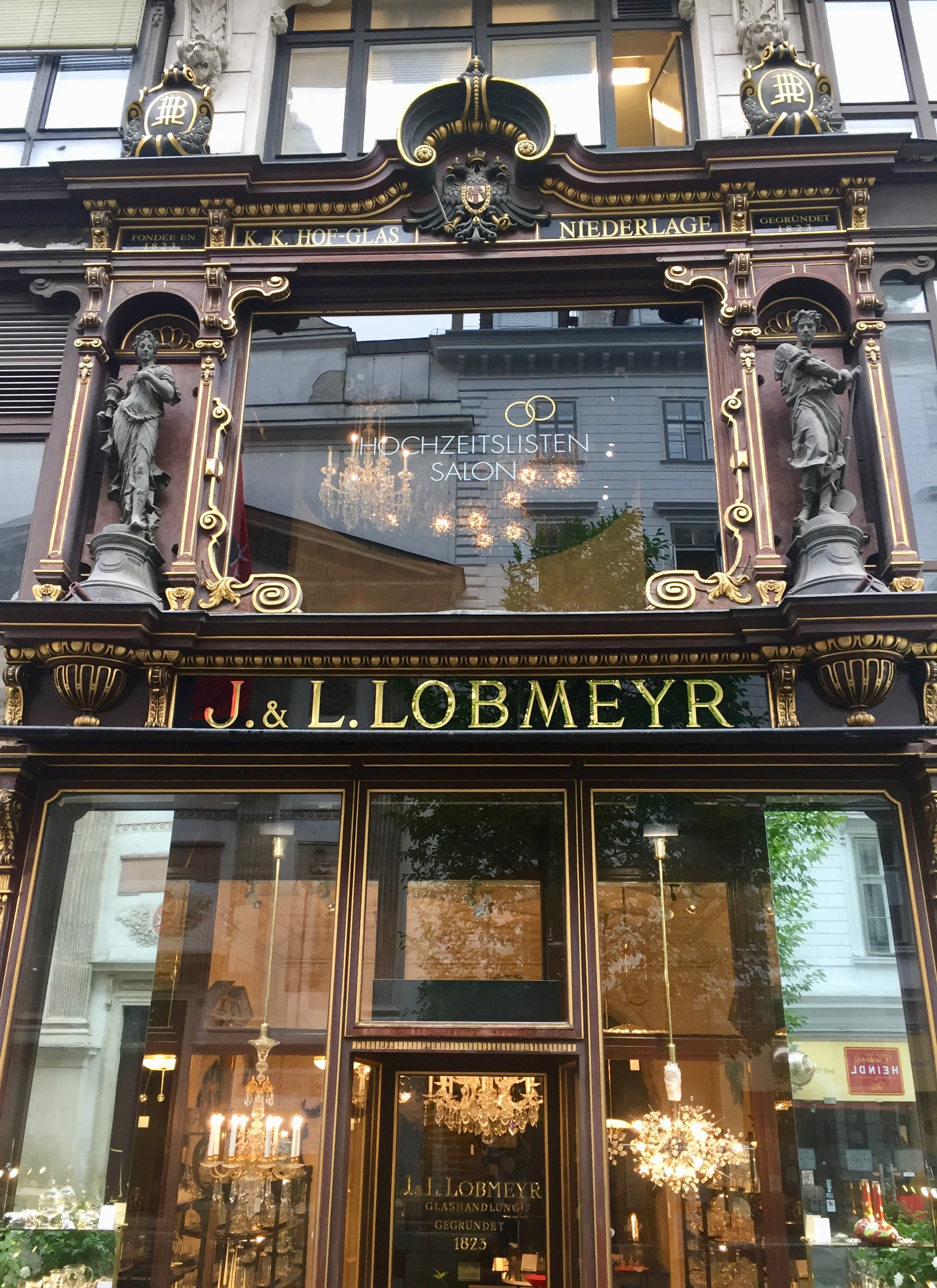