The story of the Loos Haus 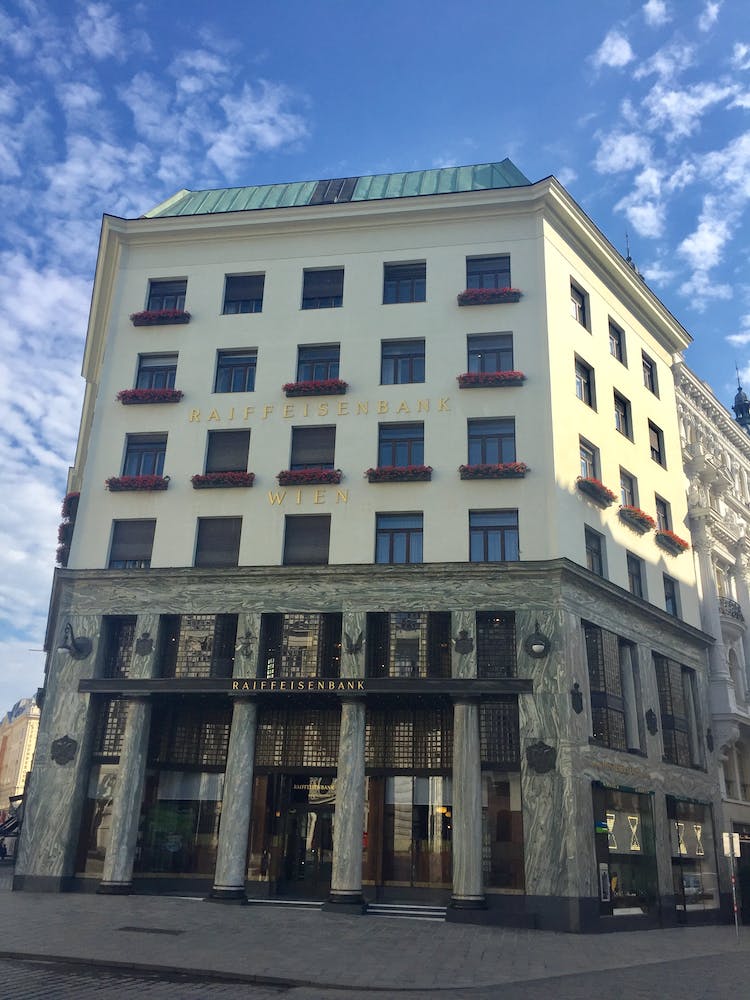 In 1909, Leopold Goldman hired Adolf Loos to build a store for his gentlemen’s outfitters business. Loos agreed to do this with the condition that he would have free hand when designing the façade. During construction, the façade was covered with a scaffold and in 1910, when construction was basically finished, the time came to remove it.  This is when all hell broke loose. The Viennese did not like the simplicity of the façade as it had no ornaments, which was common for most of the surrounding buildings at the Michaelerplatz. The Viennese came up with good nicknames for the house and even Franz Joseph referred to it as the “House without eyebrows”. The situation got so bad that it took one more year for the city authorities and Goldman/Loos to reach an agreement about the façade. Eventually, Loos suggested putting flower boxes in the windows of the building as, apparently, he figured these boxes could be taken away if necessary! 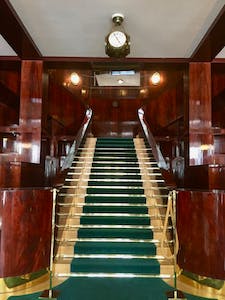 Today, the boxes are still part of the façade and there is even a decision by the Bundesdenkmalamt (“Federal Monuments Office” in English) that in summer time the boxes must have flowers. In 1912, the Loos Haus became the home of Goldman & Salatsch, which was the most exclusive gentlemen’s outfitters business in the city at that time. When you go inside the house it is likely that the first thing that gets your attention are the stairs that take you to the first floor. On the top of these steps, you will see a clock: this was designed by Loos and manufactured by the Swiss/Viennese company Magneta-Julius Liebewein. Fun fact: Adolf Loos apparently never finished his degree as an architect. That is why he had another architect signing his building plans for this project! (Cr) 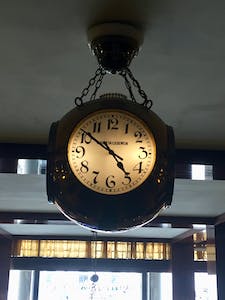