The story of the Markuslöwe 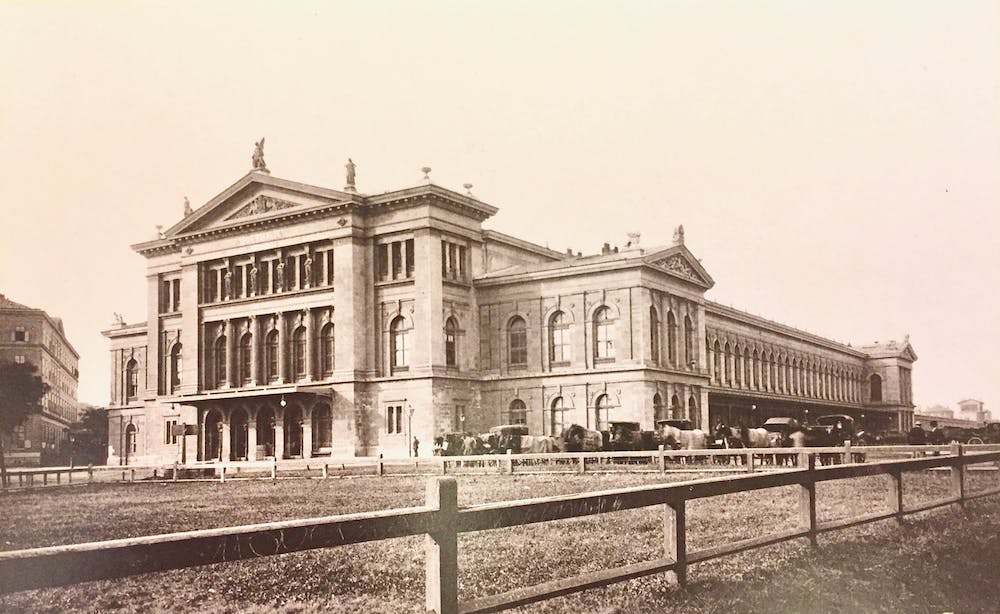 If you have been in Vienna long enough you will definitely remember the “Südbahnhof” (Vienna’s south train station). The original Südbahnhof was built in 1859-1873, was damaged in WWII, and was eventually demolished. Its replacement started operations in the 1950s and served the city well for many decades. At the end, it was believed that an entirely new and modern train station was needed and the demolition of the Südbahnhof started in 2010. The new Hauptbahnhof (the central train station) started operations in 2014 and lots of office buildings and housing have been, and still are being, built in the area where the last Südbahnhof used to stand. Indeed, the area would be unrecognizable today for anyone who has not been in Vienna for a while. But there is at least one object in the central station that still reminds us of the past, namely the Markuslöwe (The Lion of Saint Mark). This sculpture goes back to the original Südbahnhof and it was located on the top of the station. And why the name? The Lion of Saint Mark is the symbol of Venice and the first ever direct trains from Vienna to Venice started leaving from the Südbahnhof. Out of a total of 8 lions only 2 have survived and one of them is now back to its original location welcoming everyone to its home! (Cr). 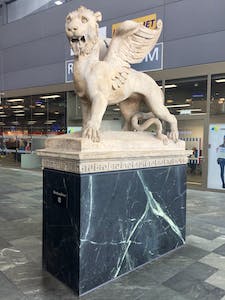