The story of the Odeon Theatre 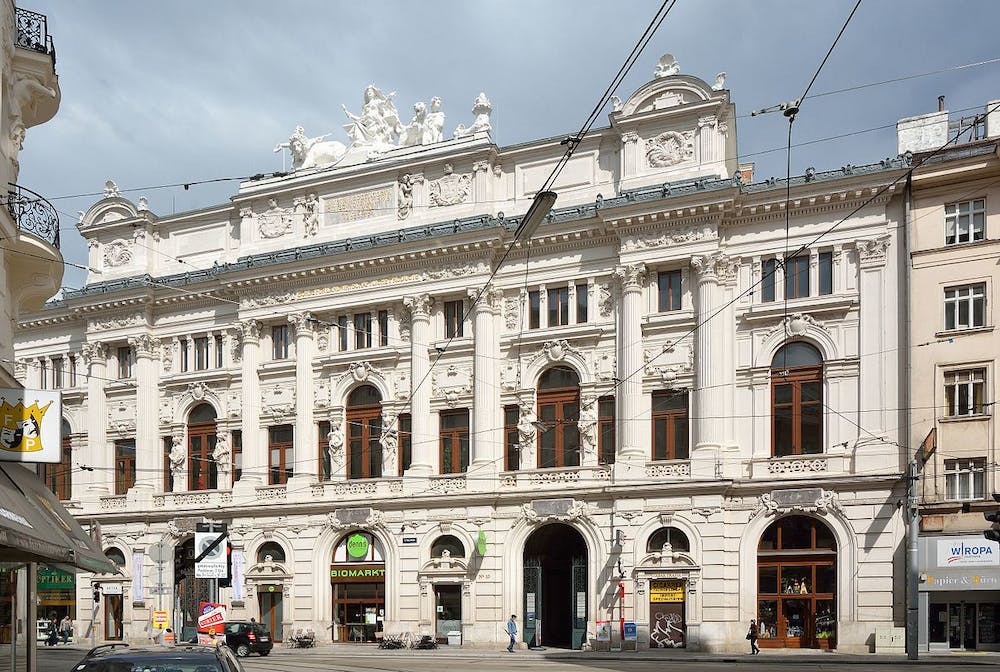 Today we want to introduce you to one of the last (and probably most beautiful) historicist neo-renaissance buildings, which exist in Vienna: The former Stock market for agriculture products that is now known as the “Odeon” theatre, located in the Taborstraße.

The story of the building goes back to 1812 when the emperor declared the trade of grain to be a free business, which completely changed this market leading to the foundation of the fruit- and flour stock market in 1853. As a new house for this market was needed, an architectural competition was set up, which the architect Karl König won. In 1890, Only after three years of construction, the “Stock market for agricultural products” moved in its new premises. 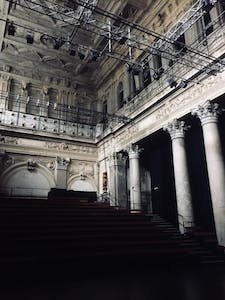 The stunning main hall, which is reminiscent of an antique basilica, was the place where farmers from the surrounding area brought their products to set the prices. This is also the reason why the colours in the building are rather muted: To judge the products one needed perfect lighting with no distraction. With the decline of the monarchy the market lost its meaning more and more until the building was eventually shut down and later abused by the Gestapo as their central office for censorship. After this dark part of the history and a huge fire eventually the theatre group Serapions revitalized the building and reopened it as the Odeon theatre in 1988 – which can be visited until today! (JE)