The story of the Palais Lobkowitz 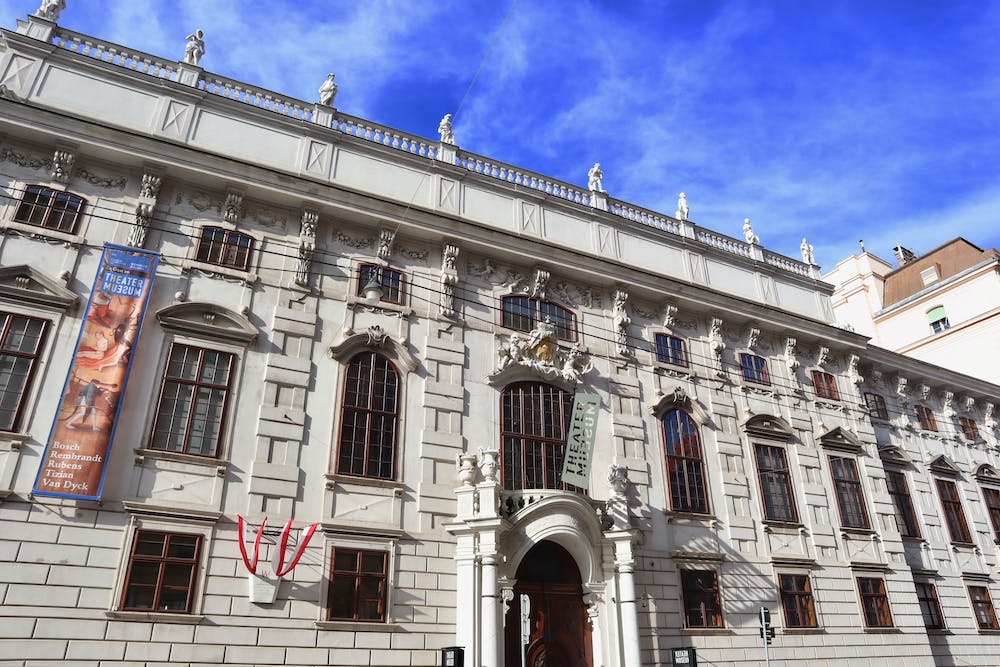 Have you ever heard of the Palais Lobkowitz? Perhaps you have heard the name and most likely you have passed by it. Located not far away from the Albertina and more or less in front of the Augustinerkirche, this Palais was built in 1689-1694 by count Philipp Sigmund Dietrichstein. After him, the Palais changed owners several times and it was only in 1745 that it came to the hands of Ferdinand Philip Lobkowitz who was a member of an aristocratic family that originated in Bohemia. 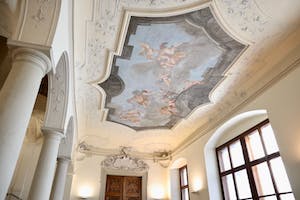 After Ferdinand Philipp, the Palais was owned by his son Franz Joseph Maximilian who was a strong supporter of music and theater. He adapted one of the rooms of the Palais for concerts and even Beethoven’s Eroica was performed here one year before the official premiere. That room is known today as the “Eroica Hall”. The Palais remained in the hands of the Lobkowitz family until 1979 when it was sold to the Austrian government and somehow following the spirit of Franz Joseph Maximilian the “Theater Museum” has found its house here. The Palais has a beautiful interior and the Eroica Hall could be considered the highlight of the building. It was one of the owners, Gundacker Count of Althan, who in the 1720s commissioned the beautiful paintings that decorate the ceiling of the Eorica Hall. And this gentleman did know about interior design as he oversaw the construction of the Karlskirche and the Imperial and Royal Library! (Cr). 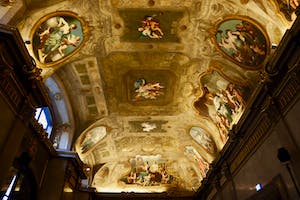