The story of the Philipphof

Sometimes we tell you stories about buildings that one can see when walking around the city. And if you look carefully you may notice that some buildings seem a bit out of place. This may happen, for example, in the city center where you may see a baroque building next to a building built during the 1950s. In some cases, the reason for this is that buildings were inanimate victims of World War II bombing. In the aftermath of the war some buildings could be restored (e.g. the Vienna Opera) while others were demolished and replaced by other buildings (e.g. the Heinrichhof was replaced by the Opernringhof). Other buildings just disappeared completely and there are few traces of their existence.

One such building is the Philipphof. Built in 1882/1883 by the architect Carl König for the banker Philipp Zierer, the Philipphof enjoyed a privileged location in the city, namely right next to today’s Albertina. Unfortunately, the Philipphof was hit on March 12, 1945 (the same day many other buildings were hit, including the Albertina, the Opera, and the Heinrichhof) and the civilians who were hiding in its bomb shelters did not survive. Although many of the victims were recovered, an unknown number of bodies remained there even after the entire building was eventually removed and the area was turned into a green space. Today, part of the area where the Philipphof once stood is home to the “Memorial against war and fascism”, which was inaugurated in 1991. We managed to find an engraving that should give you an idea of how the Philipphof looked like. It was actually an impressive building. (Cr). 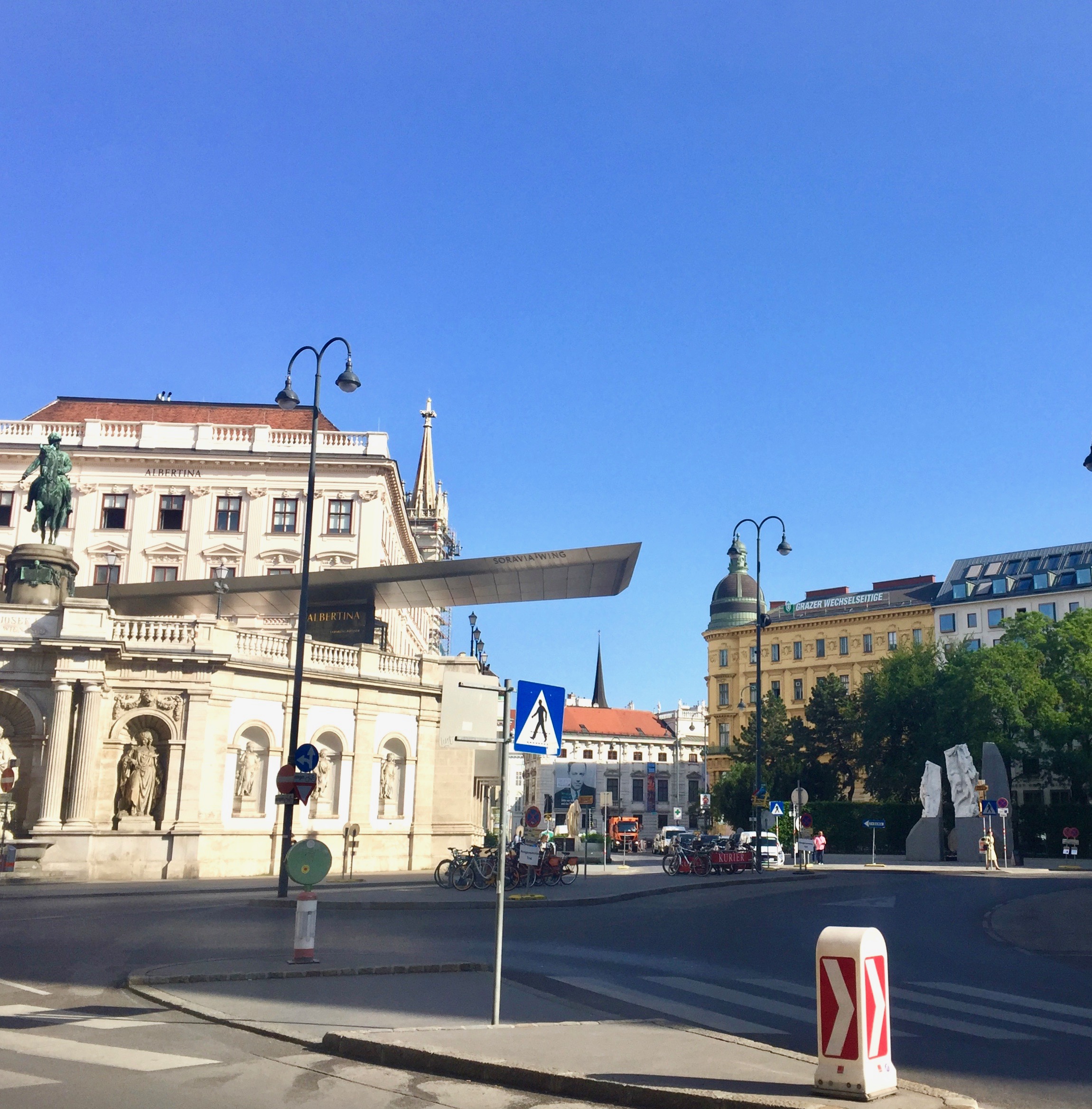