The story of the Reichskanzleitrakt 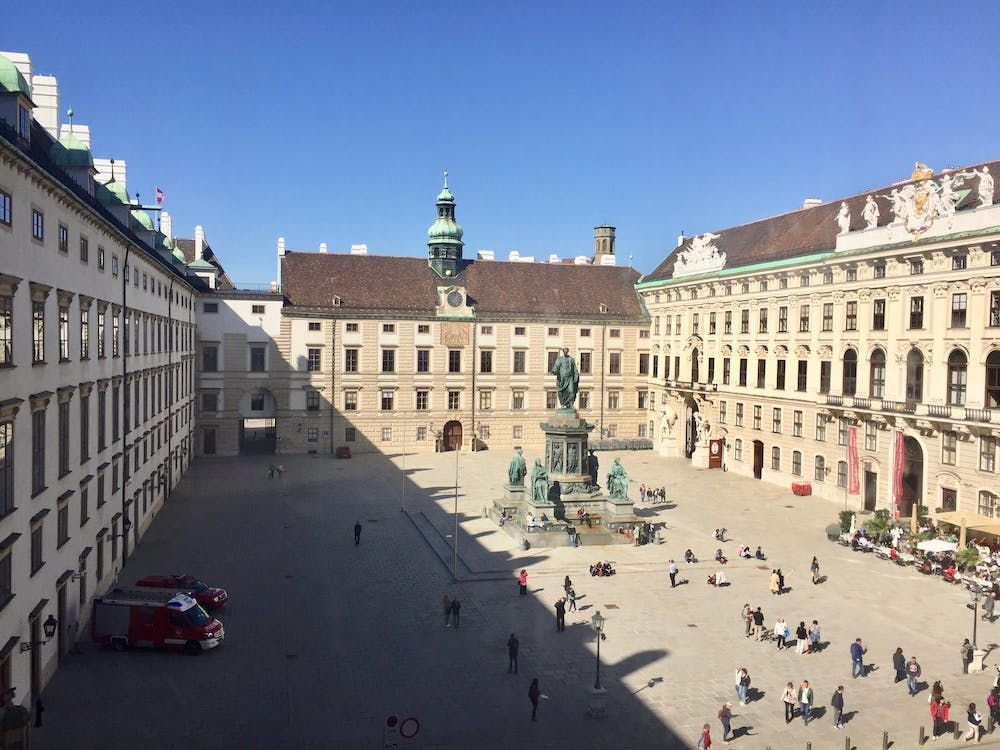 One of the buildings that are part of the “Burgplatz” in the Hofburg is the “The Reichskanzleitrakt” (The Imperial Chancellery Wing). Its architects were Johann Lucas von Hildebrandt and Joseph Emanuel Fischer von Erlach and it was built in the first part of the 18th century during the reign of Charles VI. On the top of the façade there are figures that contain a particular detail. You see, when the Habsburg Charles II of Spain died in 1700, his brother Charles VI claimed the Spanish throne. Eventually, Charles did not get the throne, but this did not prevent him from pretending to be the ruler of Spain. On the top of the Reichskanzleitrakt you will see the coat of arms of Charles VI. One side of it has the symbol of the Haus of Austria and the other side represents the Kingdom of Castile (symbolized by a tower). And perhaps as a joke, the coat of arms is flanked by two ladies holding trumpets that represent “Fama”, which is a concept that could mean either rumor and gossip or renown and reputation. We don’t know the story, but It appears that Charles VI wanted the world to know that Spain was part of his kingdom even when it was not! (Cr). 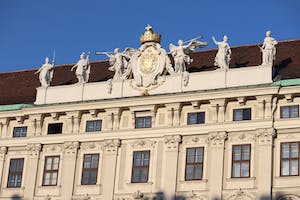