The story of the Schwarzenbergplatz 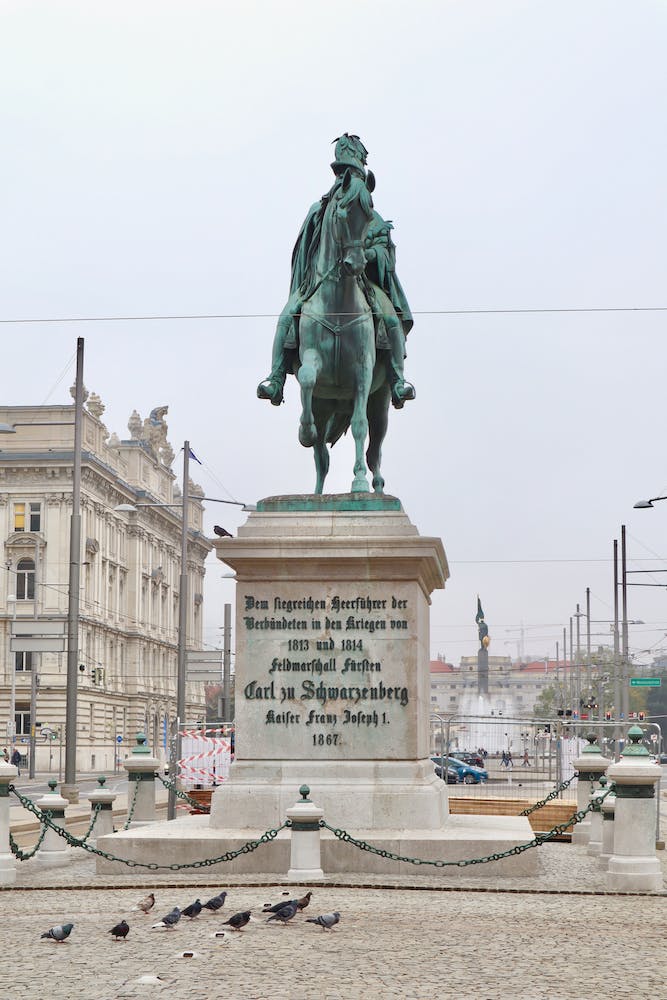 Perhaps many of our SV followers are familiar with the famous TV Show “Game of Thrones” and know the life of the House Stark, which was part of the nobility that served the King. During the time of the Habsburgs there were also many “Starks” and one of the most famous noble families is the House of Schwarzenberg. This family dates back to the 15th century and it originated in today’s Germany and later expanded to Bohemia. Many of the members of the family served under the Habsburgs as politicians, advisors, diplomats, and military officers. Although the empire is gone, the presence of this family is still felt in the city with some locations named after them. Perhaps the most famous spot is the Schwarzenbergplatz that sort of joins the first and third district of Vienna. The monument there is for one particular Schwarzenberg, namely Karl Philipp von Schwarzenberg who was a military officer and a diplomat. Unfortunately, he had a short life dying at the age of 49 in 1820. This monument was finalized in 1867 during the time when the Ringstrasse was being built. Since 1865 there was also a bridge in the area, the Schwarzenbergbrücke, which was named after the family’s residence, the Schwarzenbergpalais. But this bridge was removed in 1895 during the works to cover the Vienna river and that is why the area looks the way we know it today! (Cr). 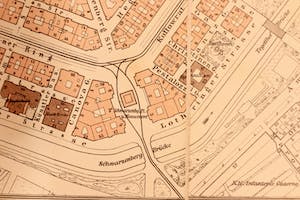