The story of the Schwarzspanierstrasse 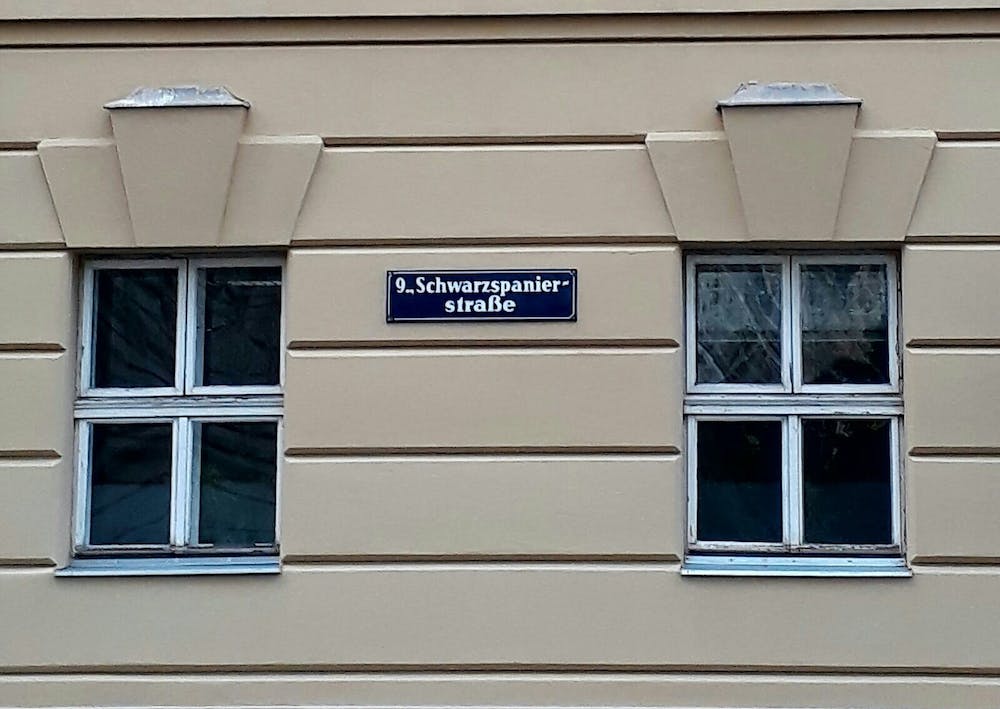 If you have taken the trams 37, 38, 40, 41, or 42 from the station Schottentor, you will likely remember the name of the first stop: “Schwarzspanierstrasse” (The “Black Spaniard street” in English). Don’t you think the name sounds peculiar? In the 1620s, members of the order of Saint Benedict came to Vienna and built a church and a monastery close to the Schottentor (“The Scottish Gate”) in 1633. Unfortunately, this church did not survive the second Ottoman siege, but a new one was built in the 1690s. At some point in the late 18th century the order moved out of this church and since then the church served many others: services for Habsburgs soldiers, storehouse for the Habsburg army, services for the Lutheran church, services for the Russian Orthodox church, and, in its last reincarnation, a dorm and event location. However, the only part left of the church is the façade as a bomb hit it in 1944 and the rest of it could not be saved. But why “Black Spaniard”? Very simple: The first members of the Benedict order that came to Vienna were from Spain and used to wear black habits. Therefore, people referred to them as the black Spaniards! (Cr) 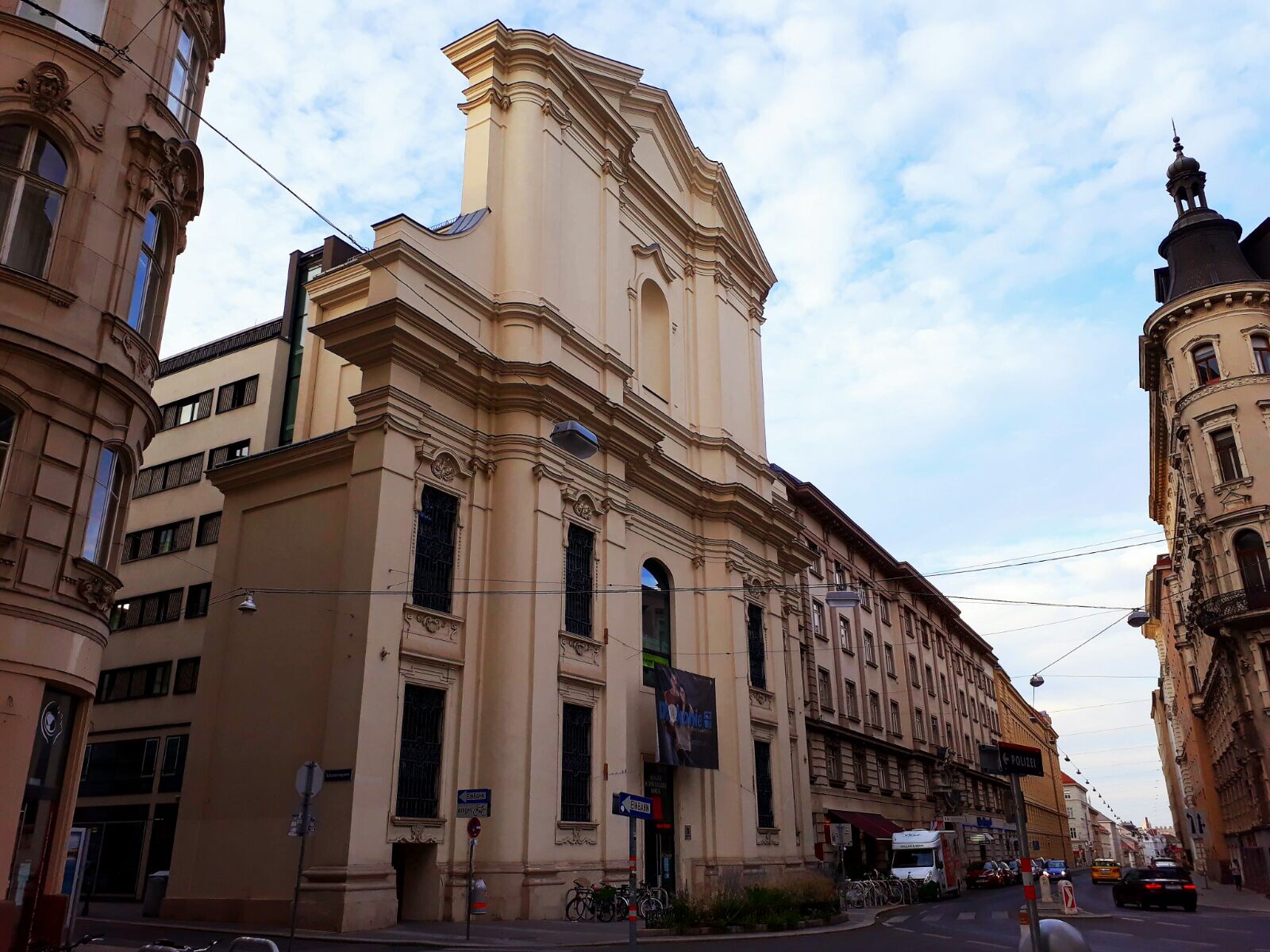