The story of the Taubstummengasse 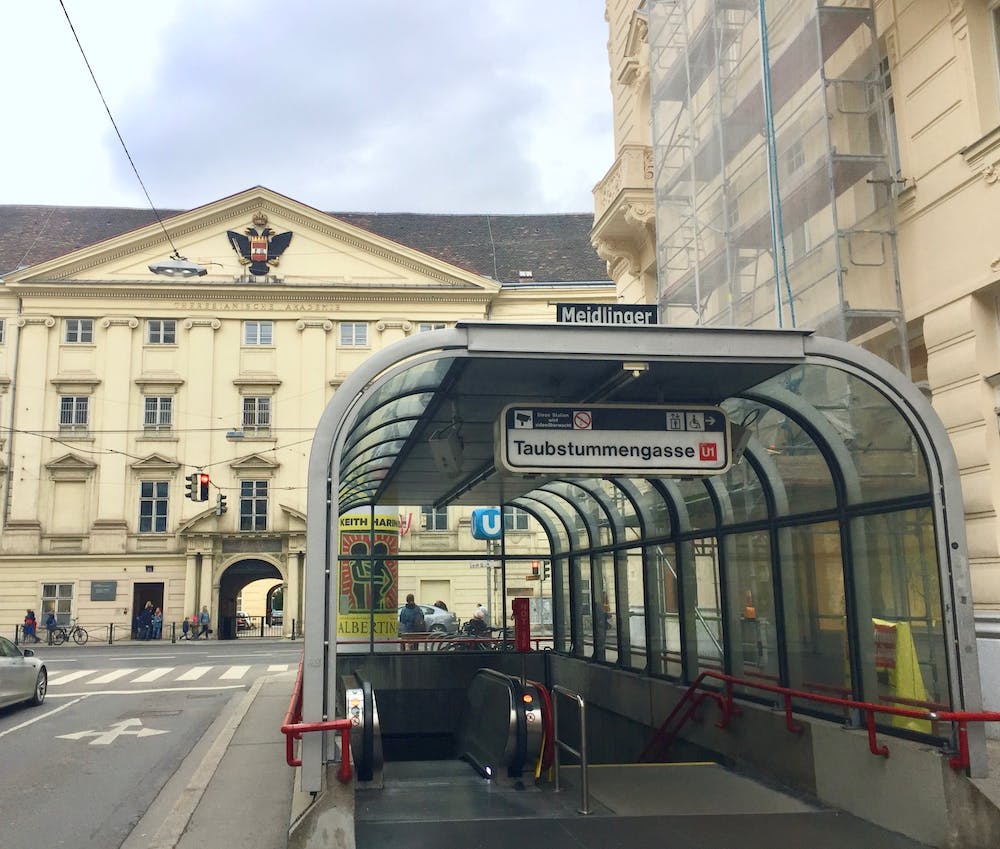 If you use the U1 for your daily commute perhaps you have come across the station with the name “Taubstummengasse”. Ever wonder why that name? During the time of Joseph II, a school for deaf-mute children was established in Vienna. After several locations, in the 1820s the “Taubstummeninstitut” was brought to the fourth district. The school is long gone, but the metro station “Taubstummengasse”, inaugurated in 1978, is a reminder of its existence! (Cr).