The story of the Theresienkapelle 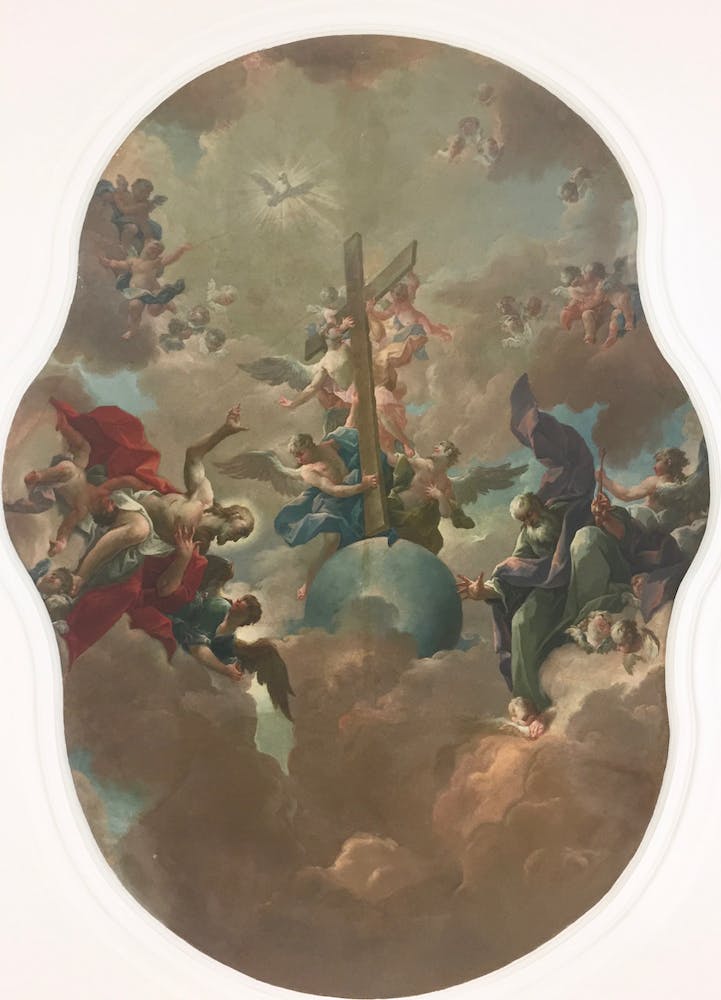 Months ago, we told you the story of the Böhmische Hofkanzlei (“Bohemian Court Chancellery”) – located at the Judenplatz – and its long history: Roman past under its grounds, hit by bombs during the Napoleonic wars and in WWII, and many physical changes since its construction started in 1709. In all these years some structures were changed, added, and demolished. In some cases, there are no accurate records of these modifications and so it can happen that certain changes were just forgotten. One example is the Theresienkapelle (a chapel), which was built in the mid 18th century during the reign of Maria Theresia and was later fully changed and adapted to office space following the orders of her son Joseph II. For many years it was thought that the only structure that was left of this chapel was a door facing the Jordangasse, which has an inscription on the top that reminds us of the long-gone chapel. However, that is not the only thing that has survived. There is a ceiling painting in an office that shows angels holding a cross and whose painter is unknown. It was only during renovation works shortly after the end of WWII that the painting was found. Forgotten for so many centuries, but it was always there! (Cr). 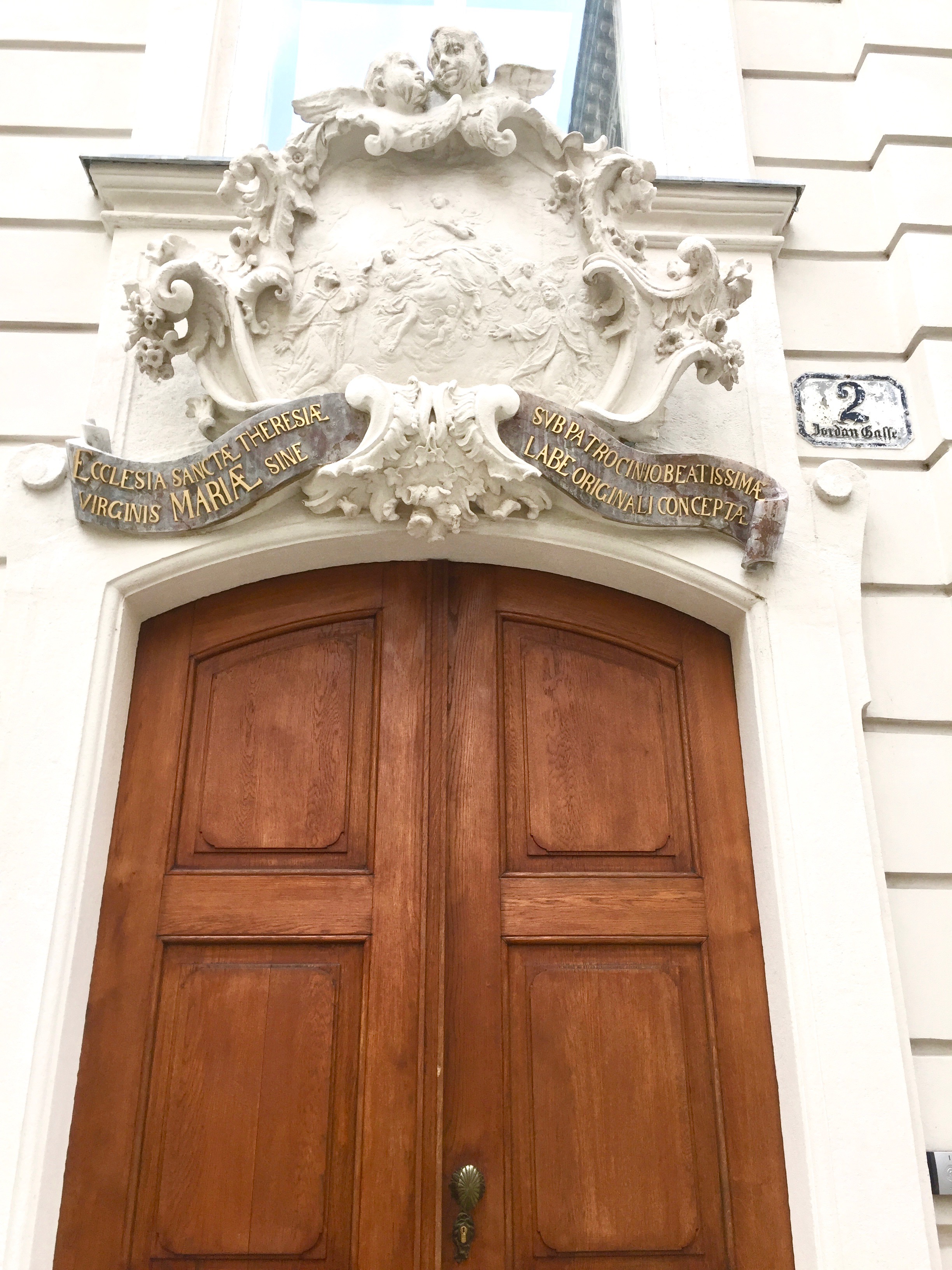