The Story of the “Wiennerisches Diarium” 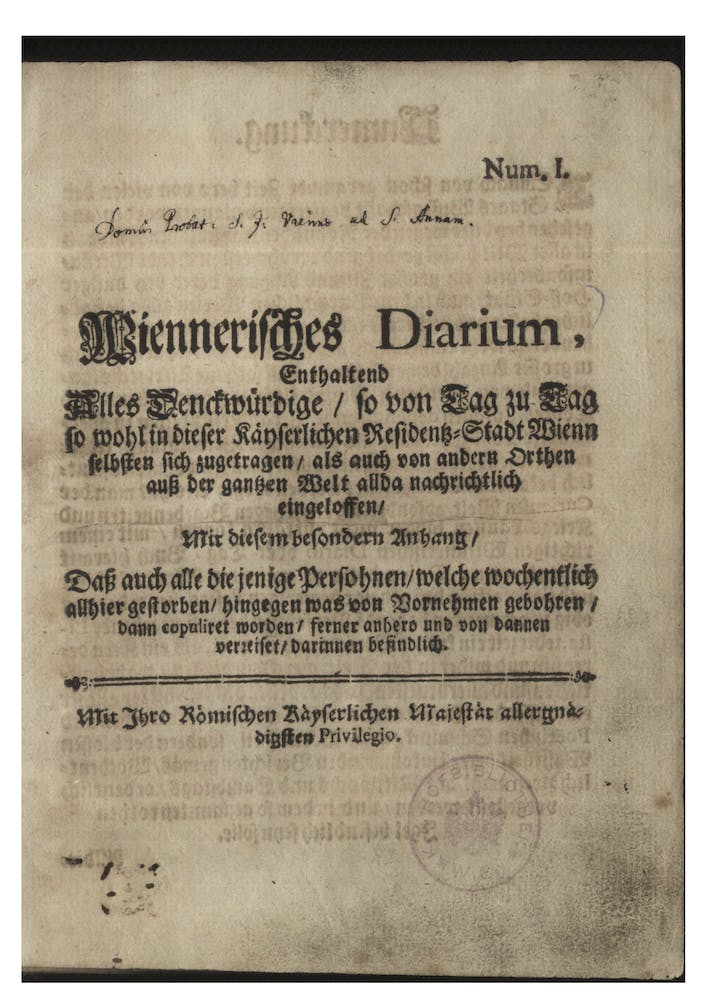 Have you heard of the “Wiennerisches Diarium”? The first edition of the Wiennerisches Diarium consisted of 10 pages and was issued on August 8, 1703. This edition included not only the latest news (local and international), but also information about deaths, weddings, and arrivals to the city. The first death announced was that of Matthias Placht, a city guard, who died of high fever on August 1, 1703 at the age of 40. The newspaper reported also weddings of the aristocracy such as the one on August 6 between Johann Adam von Paar and Maria Josepha Antonia zu Oettingen-Spielberg. This edition also reported that some General Renventlau arrived in Vienna on August 1 using the “Rothenthurm” gate. He came from Leipzig and stayed at the “guldenen Hirschen” (The golden deer) for the night. Highlighting the fact that tourists were not that much interested in Vienna at that time, this edition ended with the sentence: “Den 7. Aug. ist niemand kommen” (On August 7, no one came). The Wiennerisches Diarium is not like any other newspaper. It is the oldest daily newspaper in the world and since 1780 we know it as the “Wiener Zeitung”.  (Cr) 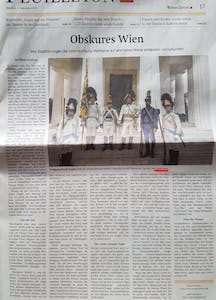