The story of the Winterthur-Haus 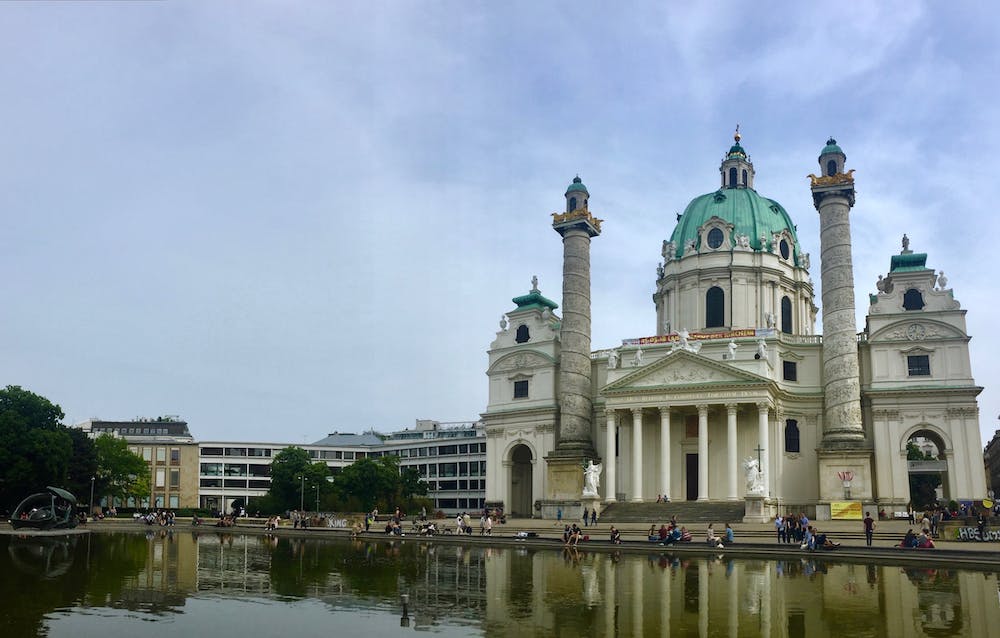 There are many landmarks in the city that most people have visited at some point. The Stephansdom is most likely on the top of everyone’s list and the Karlskirche is for sure not far away from it. Built in the 18th century, the Karlskirche is a beautiful baroque church located in the Karlsplatz area. Next to this church you will find the main building of the Technical University (19th century) and not far away the Vienna Museum (20th century). There is another building that is even closer to the Karlskirche than these two. It is kind of hidden by many trees, however. And perhaps for a good reason.

Built in the 1970s for a Swiss insurance company named Winterthur, the “Winterthur-Haus” is perhaps not precisely the best companion for the baroque-style Karlskirche. The story about the efforts to design the entire Karlsplatz area is too long. Here it suffices to say that at that time the idea was to close the gap between the Vienna Museum and the Karlskirche. This gap was left when a house with the name “Fruhwirth-Haus”, which was at this spot since the 1780s, was demolished in 1961. Many ideas were put forward to do something with the entire Karlsplatz area, including this particular spot. Eventually, the Austrian architect Georg Lippert built the Winterthur-Haus to which some referred to as an architectural sin. And the debate about the Winterthur-Haus is not over yet. Currently, it serves as an office building and the owners would like to expand it. The city of Vienna is negotiating the final outcome of such an expansion. Who knows how this story will end. Stay tuned! (Cr). 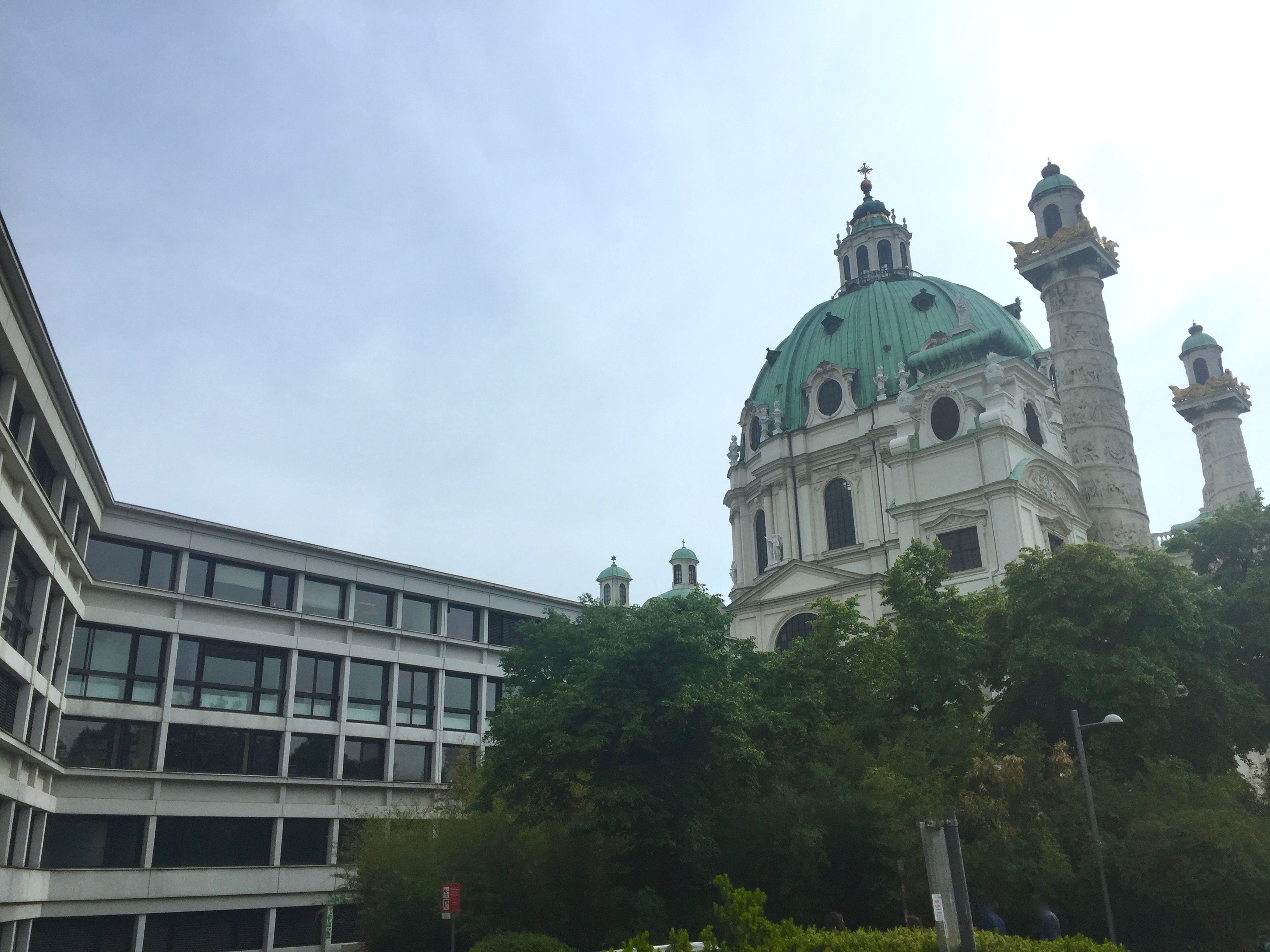 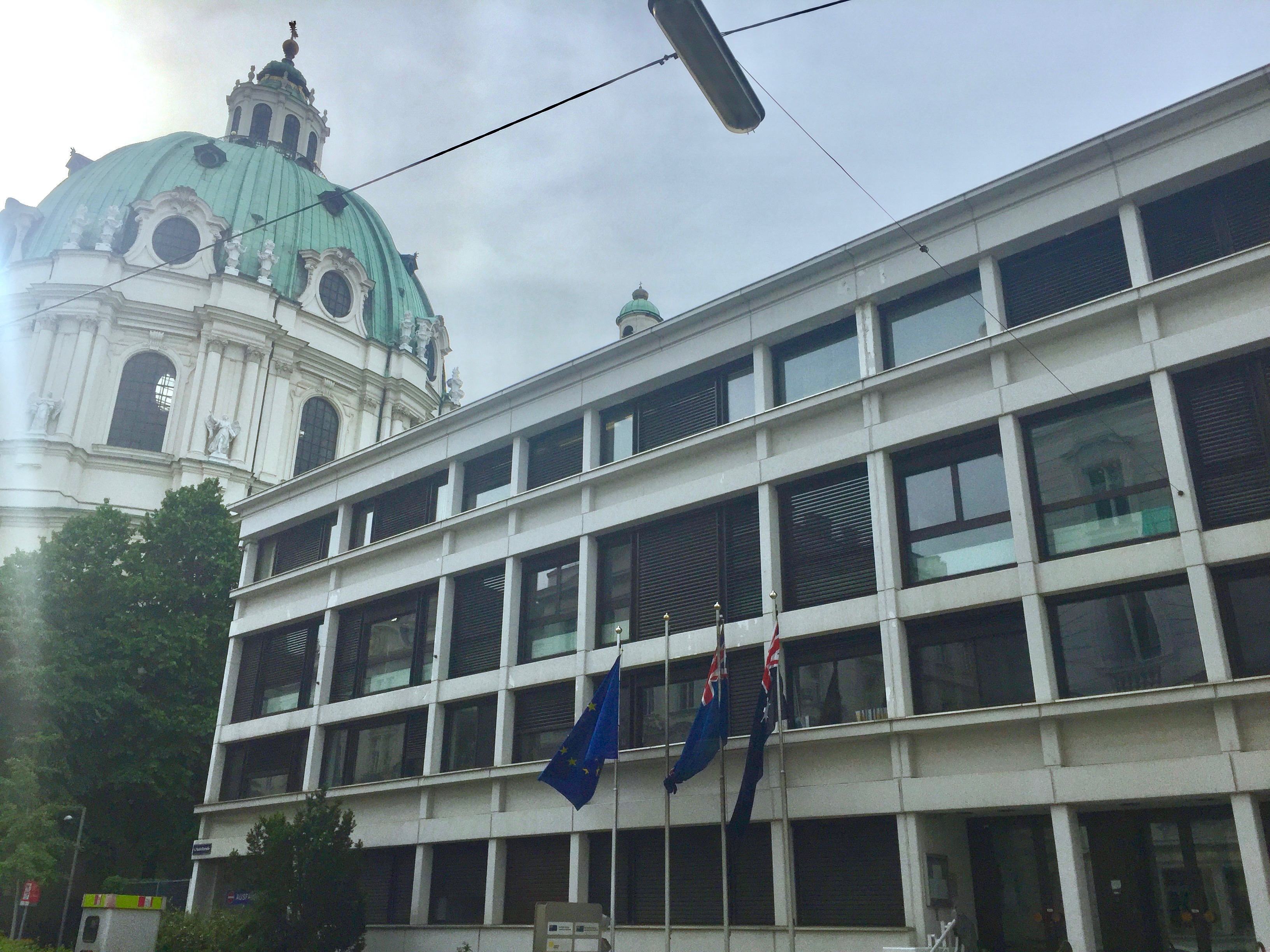