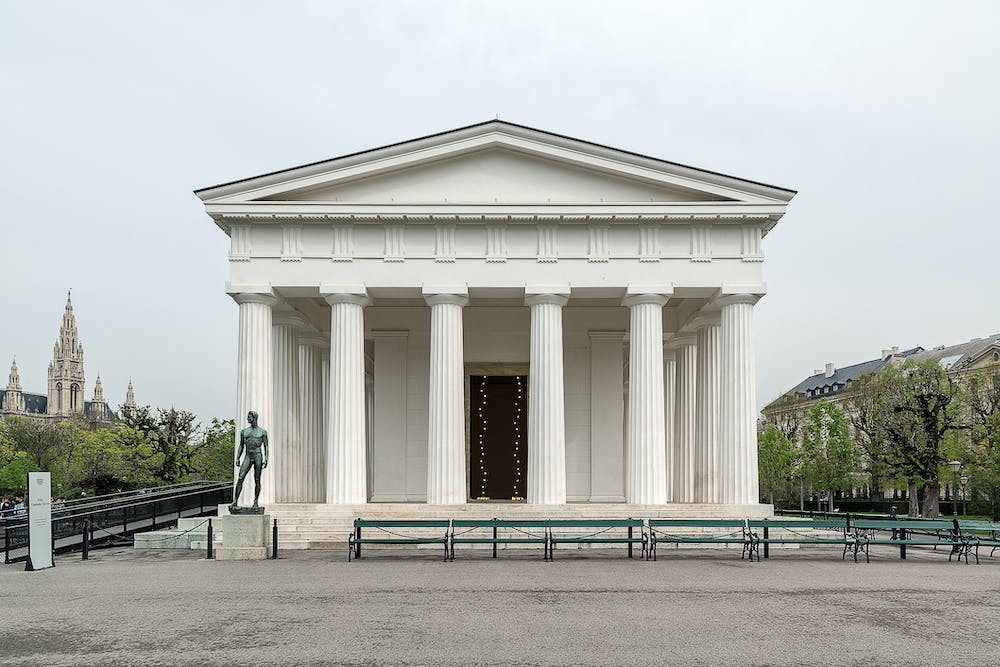 The Theseus temple was originally intended as a frame and presentation site for only one single contemporary work of art: Antonio Canova’s monumental group Theseus slays the centaur. For almost seventy years, the impressive white marble sculpture was exhibited inside the Theseus temple until it was moved to the Art History Museum.

The temple was built in the 1820s following the orders of emperor Franz I. on occasion of the reorganization of the Volksgarten and its creator was the leading architect of late classicism in Vienna: Pietro Nobile. The reorganization was necessary after a part of the Hofburg was destroyed in 1809. Originally intended as a private garden for members of the imperial family, the location was later the first publicly accessible park around the Viennese palace, and it is loved and known as “Volksgarten” since 1825.

The dominating late classicist building located in the heart of the park is one miniature replica of the Thesision in Athens and was specially built to give the Theseus group a new home, which is among the most important classical monumental sculptures. The Roman sculptor, Antonio Canova was not only the artist who created this leading work, but also the mind behind the architecture in which the sculpture was sheltered. In 1890, the Theseus group was finally moved to the large staircase of to the then new building of the Art History Museum, where it can still be seen today. Since then, the temple has been used for various exhibitions until 1992, when it finally became part of the Art History museum. Especially since 2012 the Museum intended a new series of exhibitions – The Theseus Temple now again corresponds to its original function as a place where important works by a contemporary artist are shown. (JE) 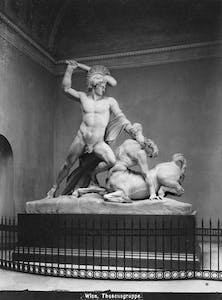