The Third Man and the Ruins of Vienna 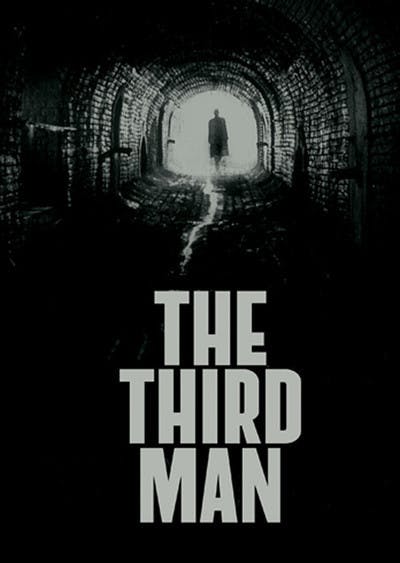 The Third Man, a 1949 film noir directed by Carol Reed and written by Graham Greene is constantly rated as one of the best British movies ever made. Its plot is deceivingly simple, built around a detective story placed in post-World War II Vienna. For Vienna lovers, though, it is not the screenplay, the cinematography, the acting or even the soundtrack — each a treat in itself — that glues them to the screen, but the small glimpses one gets into post-war Vienna.

The Third Man was one of the first British to be filmed almost entirely on location, with 6 weeks of principal photography taking place in Vienna in 1948 – which serves both as a fitting backdrop and a historical testament to the ruins and rubble of the post-war period.

The movie opens with a monologue, offering the historical context of a Vienna divided (like Berlin) among the four occupying forces: Americans, Russians, British and the French. ‘I never knew the old Vienna before the war with its Strauss music, its glamour and easy charm. Constantinople suited me better’…For the Vienna lover, watching this movie is akin to experiencing a gourmet dish: every shot of the city is wonderful but you end up hungrier than you started. No spoilers, so if you want to see a truly classic film while getting a feel for Vienna in its post-war state, then head over to the Burg Kino – it continues to be screened there several times a week, and kicking back in the generously designed red velvet chairs of this century-old theater is one of the best ways to spend a few hours on a cold, snowy afternoon! (Radu)