The story of the Verordnetenstube 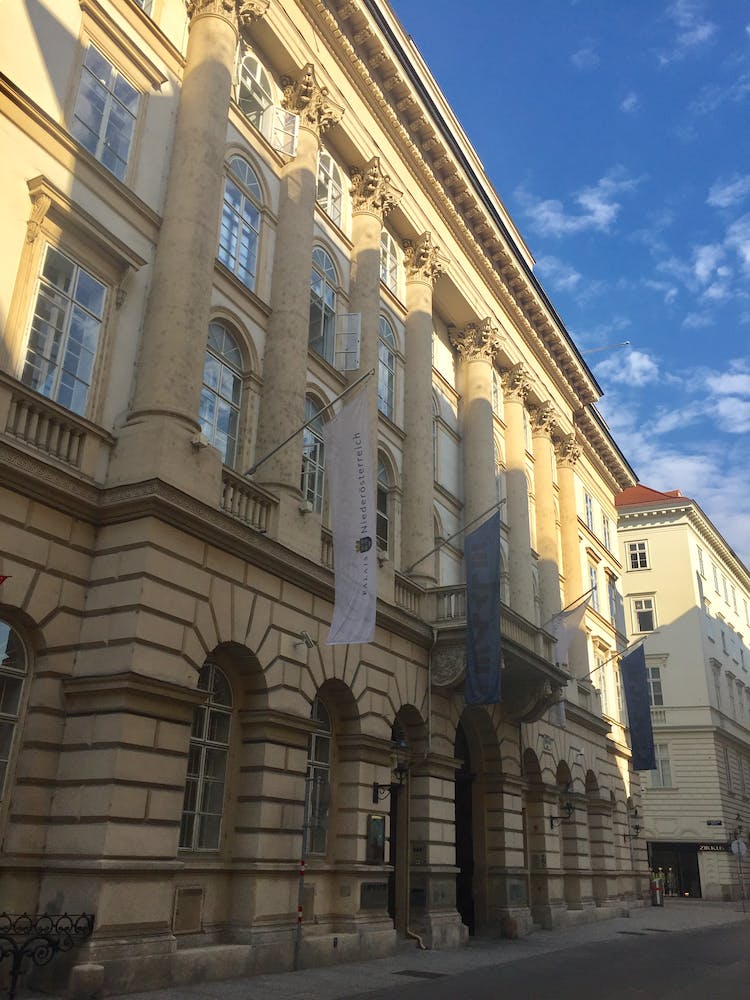 Some days ago, your SV explorer was in the Palais Niederösterreich – the former parliament of the state of Lower Austria that is located roughly in the middle of the Herrengasse – and managed to find himself alone in a beautiful room.  The palais was built in the early 16th century and it was the meeting place of the region’s representatives, which in the old days included lords, knights, and other delegates. It was only in 1997 that the parliament moved to its new home in Lower Austria (that is another story). This room is called the “Verordnetenstube” (“The council chamber” in English) and served as a meeting room for the region’s representatives. The room’s beautiful portal and ceiling were crafted in various types of wood in 1572 by the court cabinetmaker Georg Haas. The room has been modified and restored over the years, and in this process some of its decoration has been lost without leaving any traces.  It is a small room, but very impressive! The palais serves now as a location for all sorts of events as one can rent many of the rooms located there.  The “Verordnetenstube” is, however, not for rent and it is so “secret” that it does not even appear in the palais’ marketing material! (Cr). 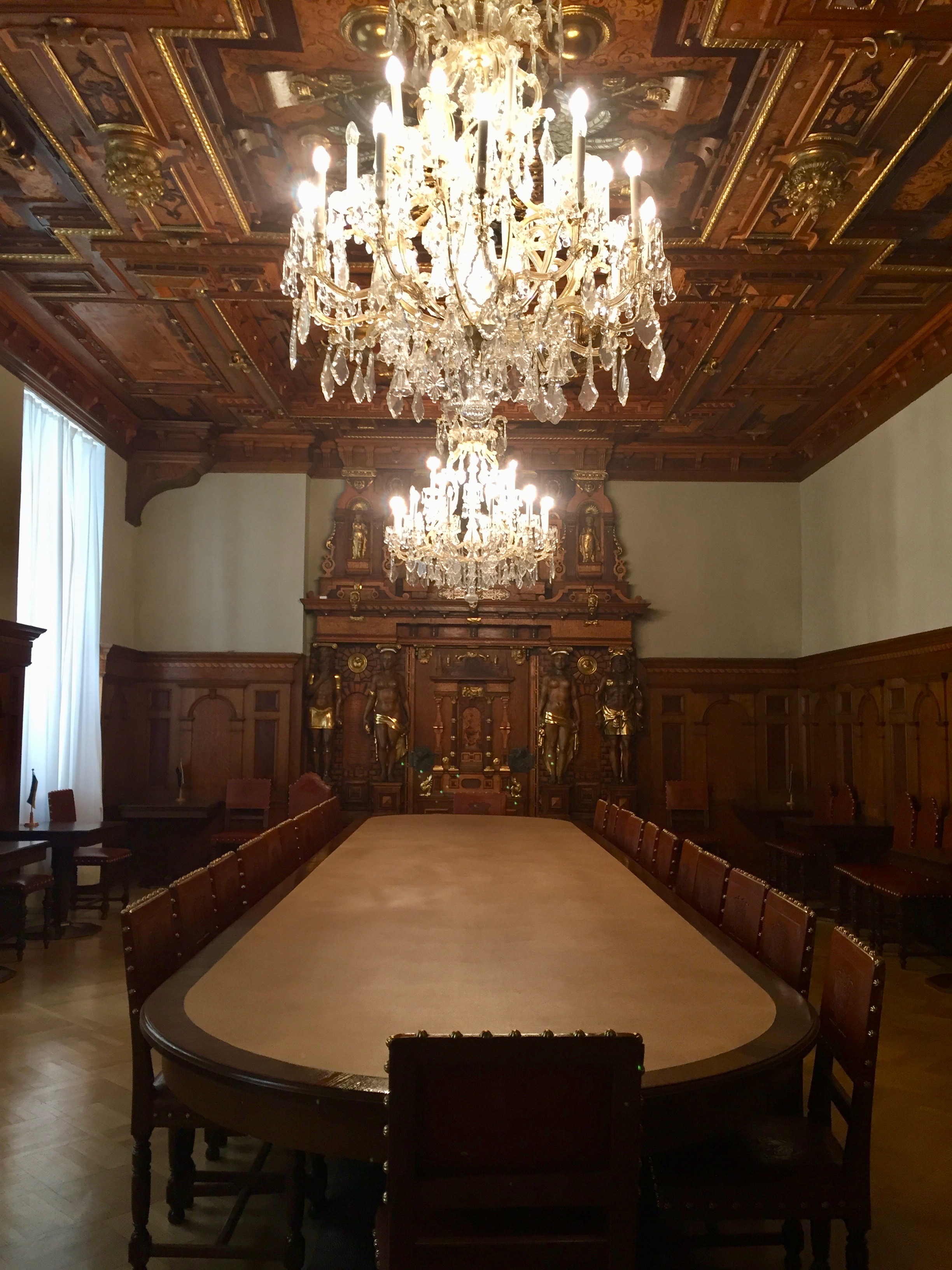