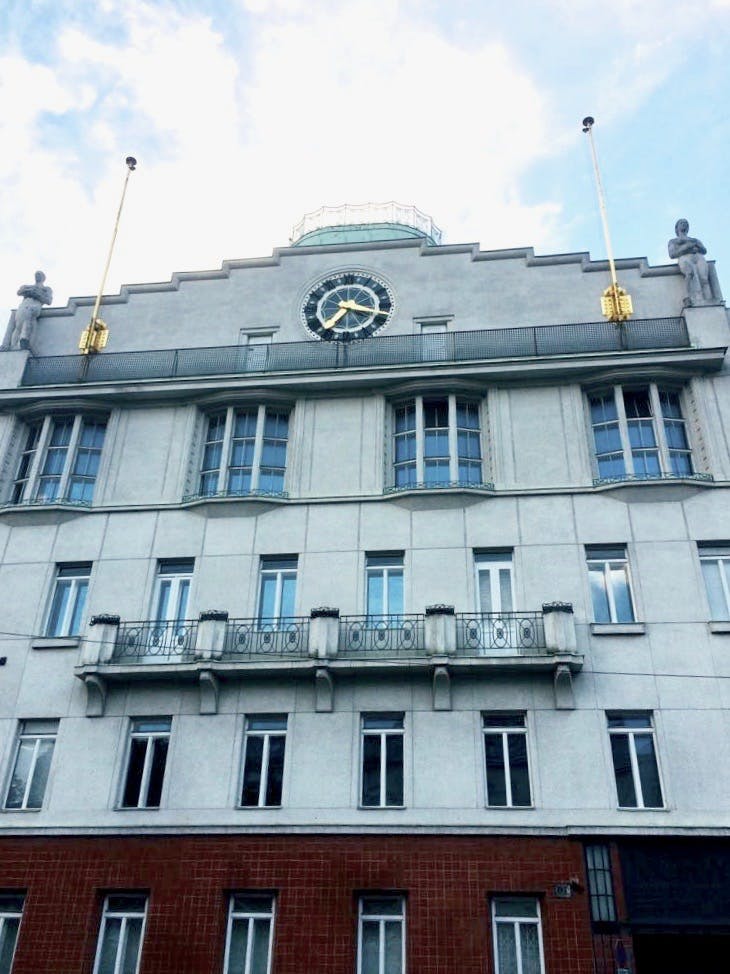 Vienna’s Wienzeile is not only dominated by the famous Otto Wagner but also by one of his pupils, Hubert Gessner, who was considered as the architect of trust of the Social Democratic Party during the time of Red Vienna. He built not only many buildings during that period, but also important ones. Especially the building of the former Vorwärts publishing house (1907 – 1910) catches a visitor’s eye immediately, thanks to its innovative and modern architectural solution. The building was not only a home for the Socialist Newspapers publishing house, but also the headquarter of the Social Democratic party in Vienna.

It was among the first buildings which offered full access to daylight, a new air-conditioning and heating system and improved hygiene standards to guarantee for workers health. The Vorwärts building did so well fulfilling the claim of “Licht, Luft, Grün”, it was considered to be a proletarian castle. Even a secret tunnel system was installed inside to let important people exit the building through a closet. During war times the symbolic building was not destroyed, but the fascists abused the newspaper and the occupation of the building itself for propaganda.

The façade has kept its original look, while inside the entrance hall and the meeting room are preserved with original interior. Where once Red Vienna’s history was written, it is stored now thanks to the Verein für Geschichte der ArbeiterInnenbewegung, which has its headquarters in the building and preserves and researches the history of Red Vienna.

And if you want to enjoy a tour and have even more information about the Vorwärts building you should join the “Tag des Denkmals 2018” on September 30, 2018. This event is a part of the European Heritage Days and is organized by the Austrian Federal Monuments Authority. The aim of the event is to make the public aware of the importance of the cultural heritage and to raise awareness about heritage protection and monument preservation (JE). 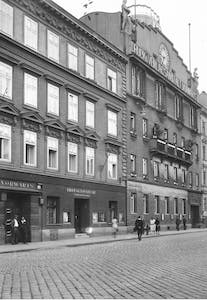 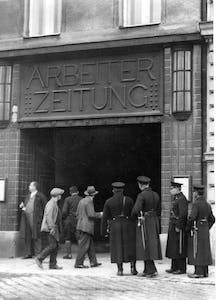