The Water Fountains at the Michaelerplatz 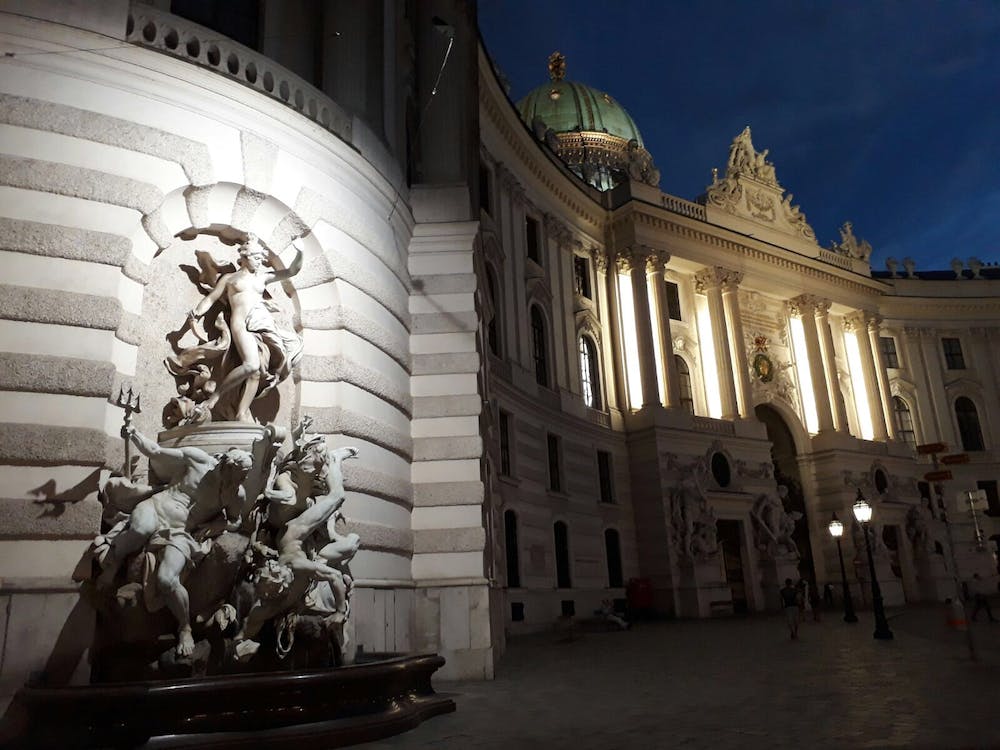 Have you seen the sculptures on the top of the two water fountains at the Michaelerplatz? These fountains rest on both sides of what is known as the “Michaelertrakt”. The Michaelertrakt was built in the 1890s as part of the Hofburg’s expansion and, as was very common during those years, several houses had to go to make space for its construction, including the Hoftheater (the predecessor of todays’ Burgtheater). Although the Michaelertrakt is not really that old, its spirit is a bit older: Following the wishes of the man himself (i.e. Franz Joseph) the design of the Michaelertrakt was mostly based on an idea from Joseph Emanuel Fischer von Erlach from the 1720s. For this new part of the Hofburg the sculptors were asked to come up with an idea for an abstract theme: “Austria’s power”.  And not any kind of power as the sculptures had to reflect Austria’s power on land and sea. Both artists were alumni of the “Akademie der bildenden Künste (The “Academy of Fine Arts” in English) so they were expected to do a good job, which, measured by the number of pictures taken of these sculptures in the last century, most probably they did. One sculpture was crafted by Rudolf Weyr and is called “Macht zur See” (“Power at Sea”). The sculptor of the other one was Edmund Hellmer and is called “Macht zu Lande” (“Power on Land”). Anyone who has seen these sculptures has most likely stopped for a couple of seconds to admire them: Power can be seducing sometimes! (Cr) 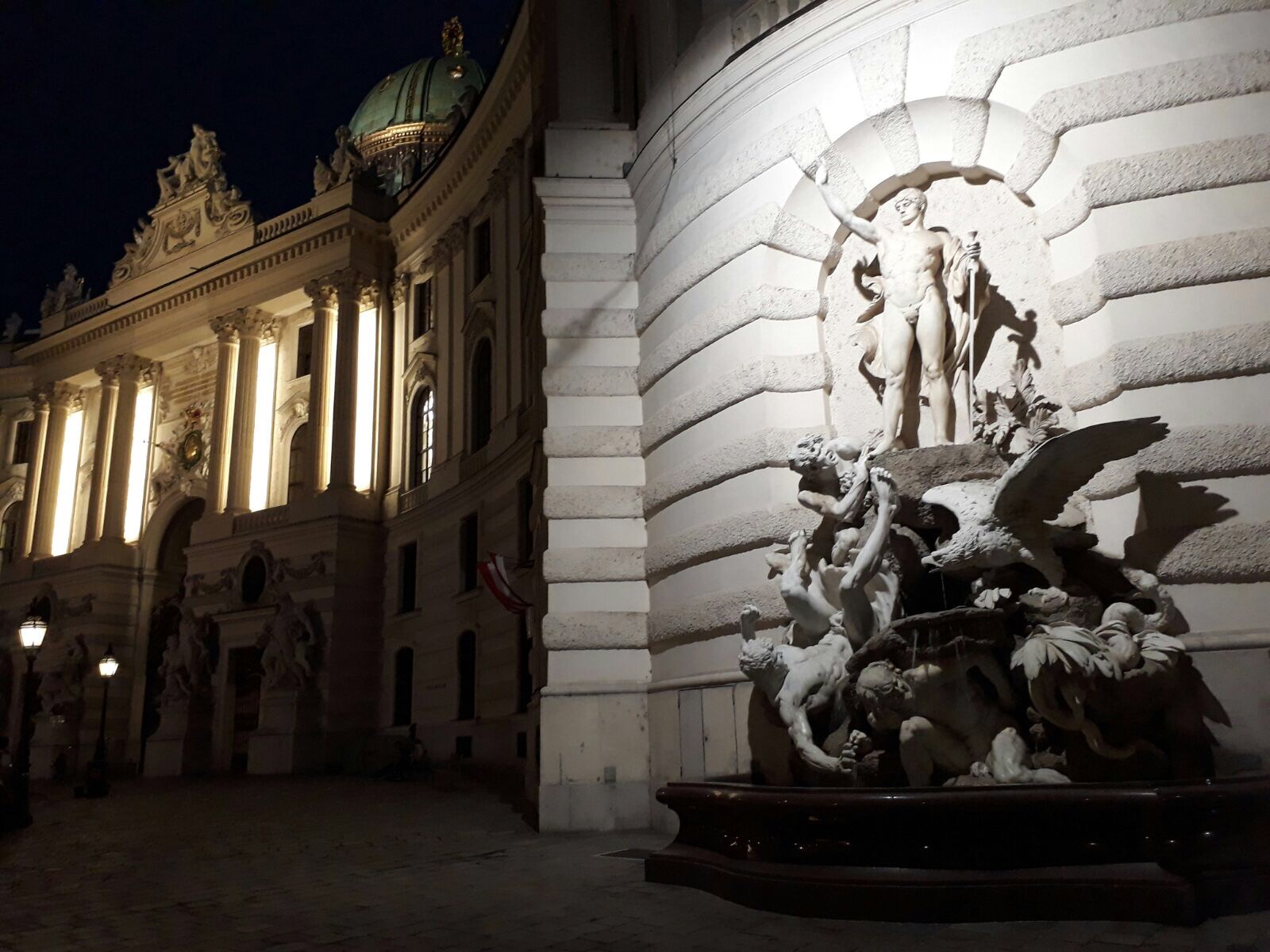