The Watery Past of “Im Werd” 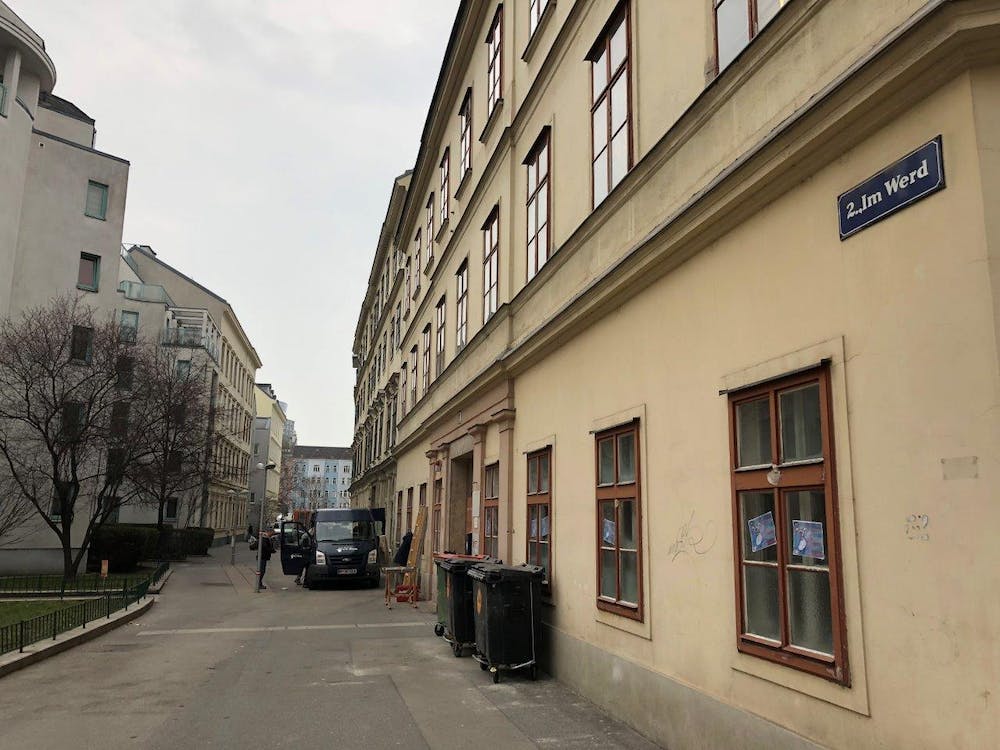 After we told you last week what is a Tabor and where Taborstrasse comes from, we come back today to 2nd district to unearth more of its history.

Today’s street is named Im Werd, a small street which borders the beautiful Karmelitermarkt. Werd, in old German, means island, and the name telsl us about the geography of the place as it was several hundred years ago: a marshy place with meandering Danube channels which changed route with every major flood.

The first mentions of the place are dated to around 1300. In the 15th century the city of Vienna acquired land and farms here. The land previously served as pastureland for the livestock of the inhabitants of Vienna as well as for cattle imported or in transit from Hungary.

In the 17th century, the rabbi of Vienna obtained for the Jews of the city the right to establish a central Jewish community in this area. At that time the place was already called Im Werd, with the Jewish population living in an area called Unterer Werd. The 17th century also witnessed the first expulsion of the Jewish community during the reign of Leopold I, Holy Roman Emperor, (the 2nd district being later named after him). (Radu)