Urania, a muse for the stars 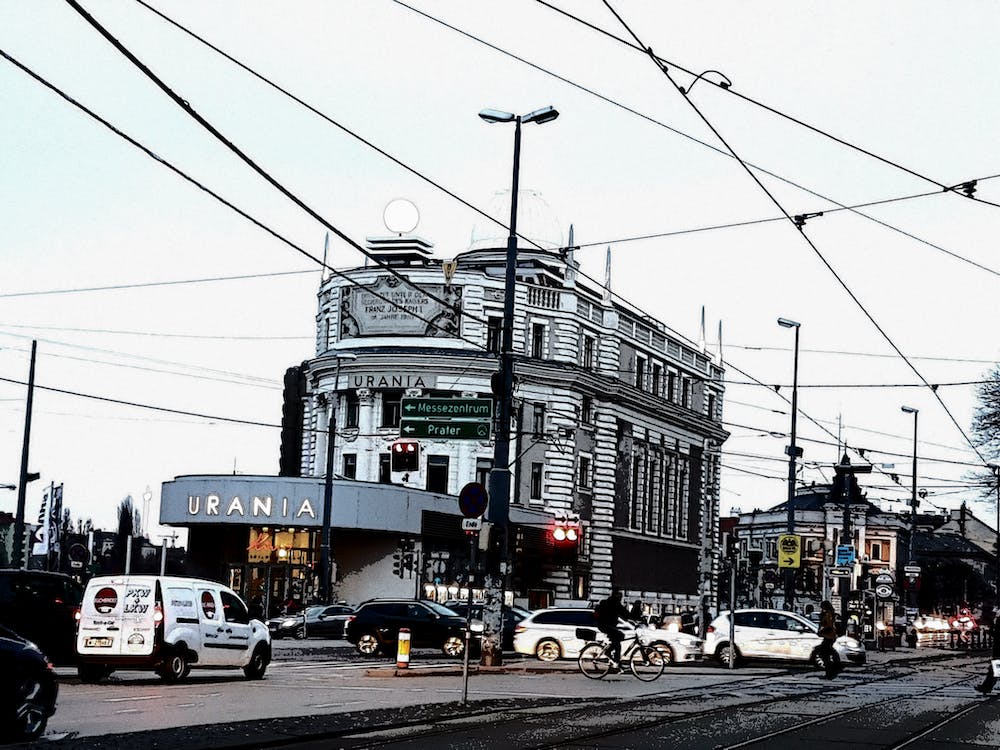 The Donaukanal is one of the most popular places to hang out in Vienna once the weather starts getting warmer, and one of the most distinctive buildings on the canal is the Urania. Named after Urania, a muse to astronomers in Greek mythology, it was originally built as a temporary structure in the Prater for the 50th anniversary of Kaiser Franz Josef’s reign in 1898. This original Urania was intended as a cooperative space with large lecture halls for scientific demonstrations and an observatory equipped with the most modern telescopes at the time. Although there was great public interest in the activities of the Urania, it was not a financial success, and was demolished in 1899. Nonetheless, presentations and scientific demonstrations continued to be held at various other locations around Vienna, including what today would be considered racist ‘recreations’ of life in South Africa and a picture presentation showing poverty in Vienna that shocked the population and led to protests by the Vienna city council.

The Urania we know today was built in the waning years of the Habsburg Empire, with the city approving the site for the building in 1904, but construction didn’t begin until 1909, and was completed just 11 months later. The main architect was Max Fabiani, a student of Otto Wagner – and although the unconventional shape and style of the building scandalized the Viennese at first (as usual), it was fairly quickly embraced as a new landmark in the city. In the years after the Urania opened it organized more lectures for the public, many of which had ‘patriotic’ themes during World War I. During this time the first language courses also started to be offered, beginning with Bulgarian in 1915.

Although the Urania serves many different functions, it was originally built as, and continues to be, a public observatory. In fact, the observatory was already in use 3 weeks before the official opening of the building in order to observe Halley’s comet as it passed at its brightest point in the sky. It is also the oldest public observatory in Austria, and now even offers a movie theater and a cafe! (C.G.)