Vienna and the Case of the Double-Doored Elevator 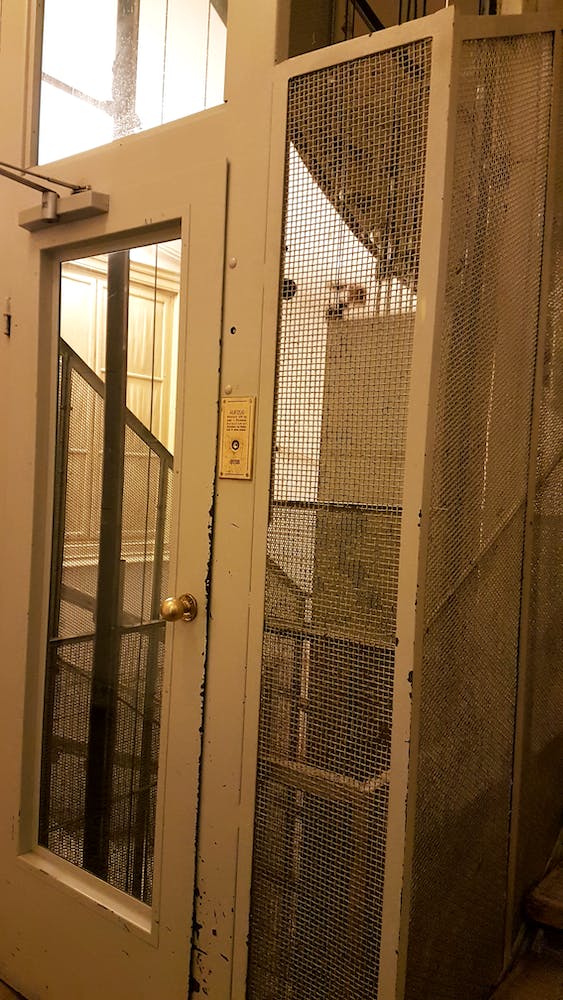 They seem so everyday and mundane, but the humble elevator was once a technological marvel that literally transformed the skylines of the cities we live in. Prior to the advent of the elevator, floors lower down were more prestigious because they required the inhabitants to climb less stairs; the higher up one lived, the less money one probably had. This is still in evidence on many buildings from the late 19th or early 20th century in Vienna – often the first and second floors have elaborately decorated facades, while floors higher up become increasingly plain. It wasn’t until the elevator became commonplace that things changed: suddenly skyscrapers became possible, and previously undesirable rooftop apartments were in vogue.

Many elevators in Vienna still bear the mark of these earlier times. It is not uncommon in older Viennese buildings to have elevators with an extra “external” door, though it is a rather unusual sight in most other countries. This is because elevators were built to much lower safety standards in the past, in which the elevator cabin itself was not equipped with a door – rather an external door was deemed to be sufficient. These kinds of elevators  were largely a product of the rapid reconstruction era in the 1950s, but became illegal in countries like Germany and France in the 1970s. In Austria, on the other hand, it was possible to build these kinds of elevators into the 1990s – but not without consequences. Although elevators are generally very safe, elevator-related injuries were 5 times more common in Austria than in neighboring countries, and deaths were not uncommon. One large factor was that elevator cabins did not have their own door, and cabins often did not stop at exactly the right height, thus creating a step or a gap between the elevator cabin and the door. To deal with this, a law was ultimately passed requiring all elevator cabins to have internal doors. Most of these were retrofitted, which is why you will often find elevators in Viennese apartment buildings that have a ‘double’ set of doors! (C.G.)