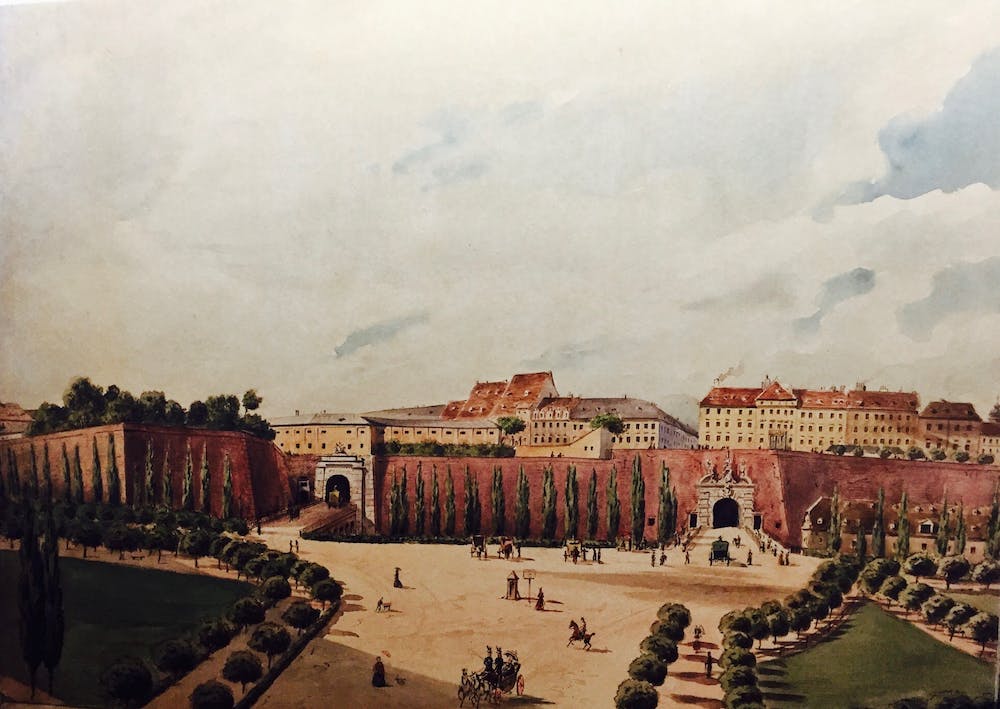 If you walk around central Vienna today you will most likely notice that, no matter which direction you take, you find yourself leaving the city center. Either you’ll hit the Danube canal or come up against the famous boulevard called the Ringstrasse. There are so many streets you could take to leave the city center! In the past, however, there were not so many options, as the center was encircled by fortified walls.

Over the lifetime of the city’s fortifications, several gates allowed people to enter or leave Vienna. One of the oldest of these was the Kärntnertor (“Carinthian Gate”), which dated back to the Babenberger era of the 12th and 13th centuries. Ottoman sieges, modifications to the city’s fortifications, and city’s expansion resulted in the existence of an “old” and a “new” Kärntnertor (see painting in the picture). In today’s Vienna, both gates would more or less flank the Vienna National Opera, with the old gate on the right and the new gate on the left. This painting, based on the walls as they appeared in 1858, shows both gates – but there is a little mistake in it: as traffic into and out of Vienna increased, it was decided that the old gate would be used for leaving the city, and the new gate for entering it; apparently, the artist C. Zajicek was not aware of this detail, as the painting shows two coaches entering the city.

The fate of the city’s fortifications, including the Kärntnertor, was sealed in 1857 when Emperor Franz Joseph decided to remove the walls to allow further expansion of the city. The Kärntnertor was gone by 1859.

There is basically nothing today to remind you of this gate. However, walking around the city center, you may end up on a street named Wahlfischgasse. There you will see a gentleman who used to decorate the old Kärntnertor. He is known as the “Fenstergucker“, which literally means the “Window peeper”. Although he is not the original Fenstergucker, he has most likely “peeped” on the good and bad of Vienna since he started his watch! 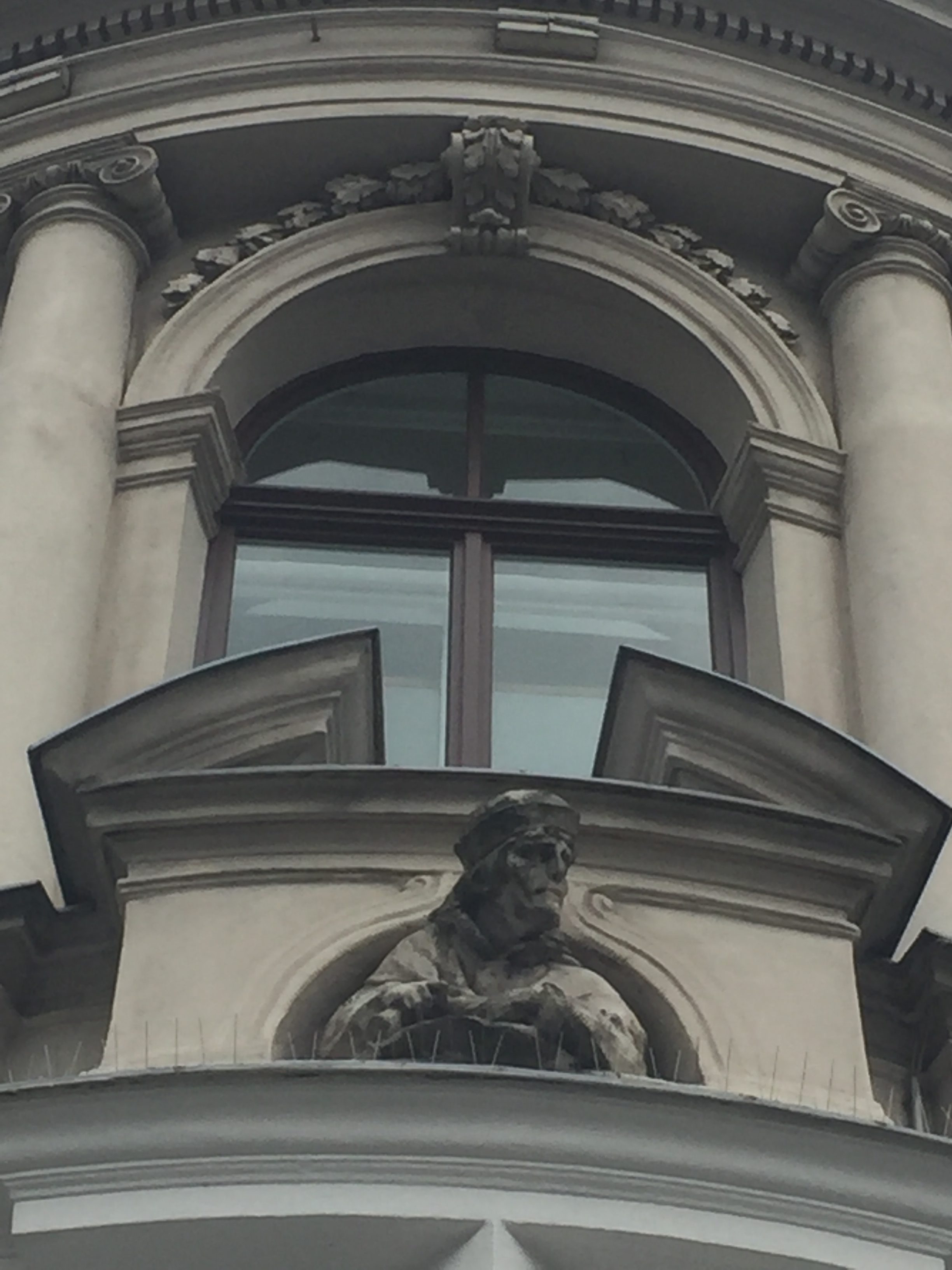