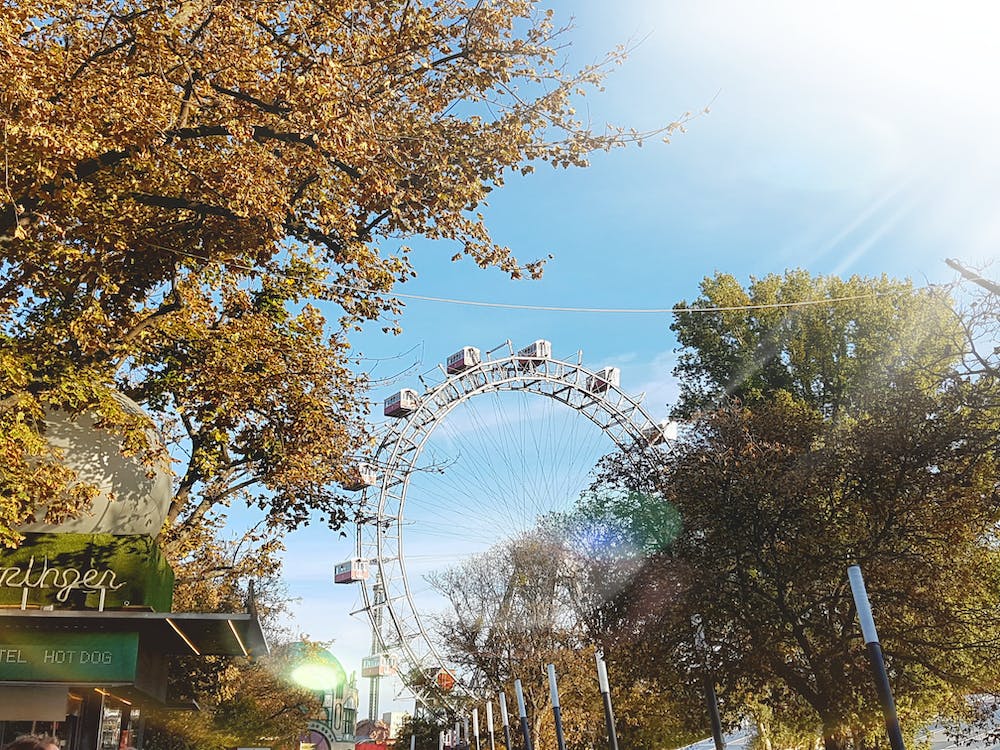 We recently told you about the Vienna World Fair of 1873, and the large Rotunda that was built in the Prater as part of this exhibition. While that building unfortunately no longer exists, there is another large construction in the Prater that has stood the test of time, and has become one of Vienna’s most notable structures. This is, of course, the Wiener Riesenrad (Vienna Giant Wheel).

It was built in 1897 to celebrate the Golden Jubilee of Emperor Franz Josef I in 1898, and at 64.75 meters, it was the world’s tallest Ferris Wheel in the years from 1920 until 1985. However, the Golden Jubilee (which celebrated the 50th anniversary of Franz Josef’s accession to the Austrian throne) occurred in the middle of a major political crisis in response to an ordinance that gave the Czech language equal status to German as an official language within the imperial bureaucracy of the crownland of Bohemia.

Perhaps in part due to this crisis, and the high price of 8 Guilders for admission (the average civil servant earned about 30 Guilders a month at the time) the Riesenrad was not a commercial success when it was built, the main engineer died almost penniless, and a permit was issued for its demolition in 1916.

However, this was again in the midst of war and crisis, and the Riesenrad survived only due to a lack of funds to tear it down.  Despite this, it has not survived in its original state: it was heavily damaged through bombings and fire during World War II, and was re-built with only half of the wagons it previously had. If you walk past the Riesenrad today, you will notice that every second spoke is empty.

There used to be 30 wagons, but today there are only 15 – this was originally done because it was thought that the structural integrity of the Riesenrad had been damaged in the war, and could not support more than 15 wagons. In the 1950s, when a restoration was carried out in connection with the 60-year anniversary of the Riesenrad, it was decided to maintain only 15 wagons as the frequency of guests did not warrant all 30 wagons – and that is how it remains today!