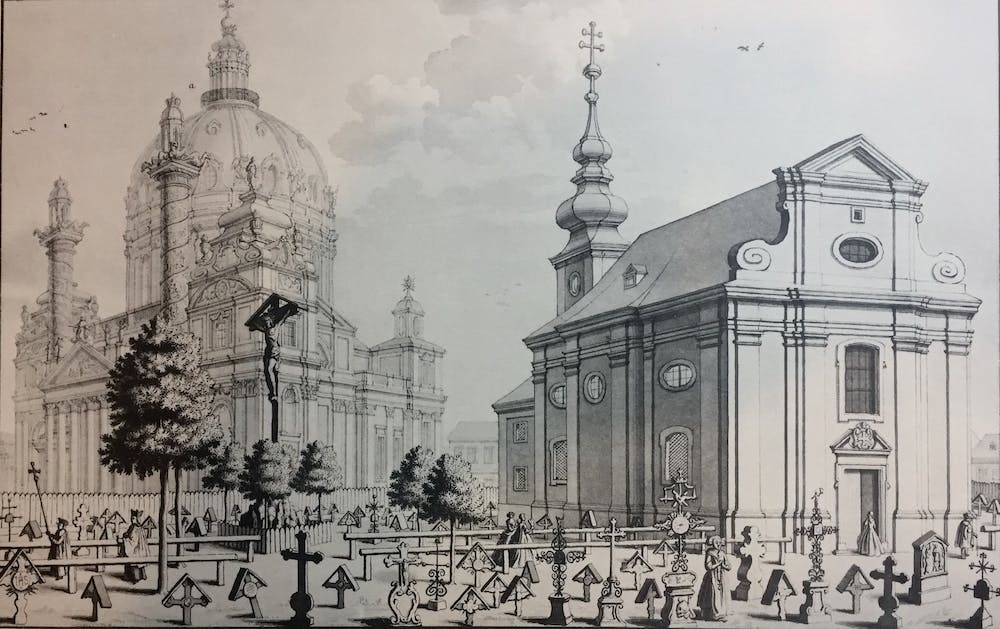 Summer time in Vienna means, among many other things, a non-stop array of festival and events in the most popular of the city’s squares. Find yourself here in those warmer months and you will likely while away a few hours in front of the Karlskirche tasting your favorite drink, dancing, or enjoying a live concert.  Perhaps even Vivaldi’s Four Seasons, should you be in the mood for something classical?  This atmosphere belies the history of the area surrounding the Karlskirche: it was not always the lively place as it is today.  Quite the opposite.  At some point in history this area was very quiet.  It was, let us say, dead.

The existence of a cemetery in the area of today’s Karlskirche dates back to the sixteenth century when the plague devastated Vienna. There was no space for the dead within the city walls and the city authorities probably thought better of interring the victims near those living outside the walls.  At some point in the 1600s this cemetery became known as the “Armensünder” cemetery, which literally means “poor sinners”, as both executed criminals and the poor were its primary occupants. Illustrious neighbors for today’s inhabitants of Vienna’s fourth district. However, alongside the infamous and forgotten lies one recognizable figure: Antonio Vilvaldi. It is believed that he was looking to serve under Charles VI, but the king died not long after Vivaldi arrived in Vienna, and he ended up on no fixed income. He died almost impoverished in July 1741. The story about how and why he found his way in the Armensünder cemetery will most likely never be known. 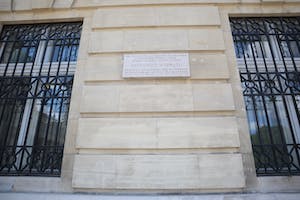 Both the graveyard and a chapel erected in 1638 (see picture) were removed in the late 1780s. The bodies were, most likely, never removed. The only remaining evidence of the quieter residents of the area that observant visitors might spy is the plaque commemorating Vivaldi on the Technische Universität indicating it was his place of burial. Incidentally – or perhaps because of this historical proximity – the Karlskirche continues to hold regular Vivaldi concerts.  So, in summer – while perhaps listening to ‘Summer’ – spare a thought for its composer, who may be following the tune in his grave several meters below you.