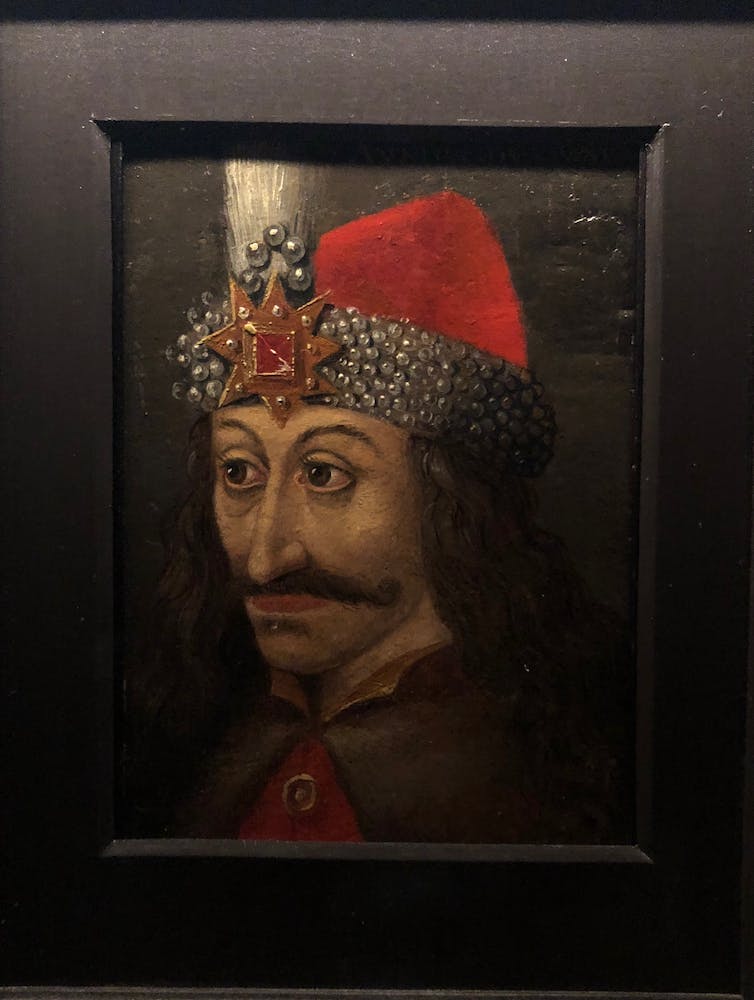 Count Dracula (made famous also by subsequent movie adaptations) fired so strongly people’s imagination that for many it is difficult now to separate him from Vlad Dracul, the ruler of Wallachia –  a small province in what is now Romania – who was used by Bram Stoker as a light source of inspiration (he borrowed his name and some historical narrative). Tourists usually flock to Bran Castle – a two-hour drive North of Bucharest associated with Vlad Dracul – searching for Dracula and traces of vampires. There are none, even if both loved blood. But each in his own particular way.

Vlad Dracul III (The Impaler) was a very colorful character himself even by 15th century standards. His father was named Vlad the Dragon. He received the second name after he became a member of the Order of the Dragon. Dracula is the Slavonic form of Dracul, meaning ‘the son of Dracul’ (or the Dragon).  In modern Romanian, “Dracul” means ‘the devil’ which spices up even more the story.

In order to ensure his loyalty to the Ottomans, the then sultan Mehmed II keeps little Vlad as prisoner at his court. Vlad becomes fluent in Turkish and Turkish habits, impaling included. In 1447 his father dies and Vlad comes to take over the throne supported by an Ottoman army. He will rule Wallachia on and off for several years, trying to survive through a mix of shifting alliances, defensive fights, flights, defeats, recognition of suzerainty etc. The province he rules is a boiling geopolitical pot at the crossroad between the Kingdoms of Hungary and Poland and the Ottoman Empire. It is during one of his reigns that Vlad becomes famous. He attacks the Turks south of the Danube and refuses to pay them tribute. Mehmed II gathers a 150 000 people strong army and comes after him. Vlad manages to inflict a lot of damage (mainly through impaling) on the Ottoman army and is close to capture Mehmed himself. He wins the battle but not the war.

Another one of his military moves is not as successful and he ends up in a Hungarian prison where he spends 14 years. But his fame as blood-lover is now greater than him and his deeds reach Western Europe in a highly caricatured form. A poem named ‘Story of a Bloodthirsty Madman Called Dracula of Wallachia’ is performed at the court of Frederick III, in Wiener Neustadt during the winter of 1463. His cruelty (real and invented) makes him famous throughout Europe well before Bram Stoker writes his bestseller. His portrait becomes recognized currency for evil and appears in totally unexpected places: in a painting (now in Ljubljana) as Pilate Judging Jesus Christ and in a church in Vienna, Maria am Gestade, in a painting depicting the Calvary of Christ.

The most known portrait of his is now on display in Kunsthistorisches Museum, part of the temporary exhibition curated by Wes Anderson and Juman Malouf – ‘Spitzmaus Mummy in a Coffin’. It could not have been out of this particular collection of misfits. (Ra).