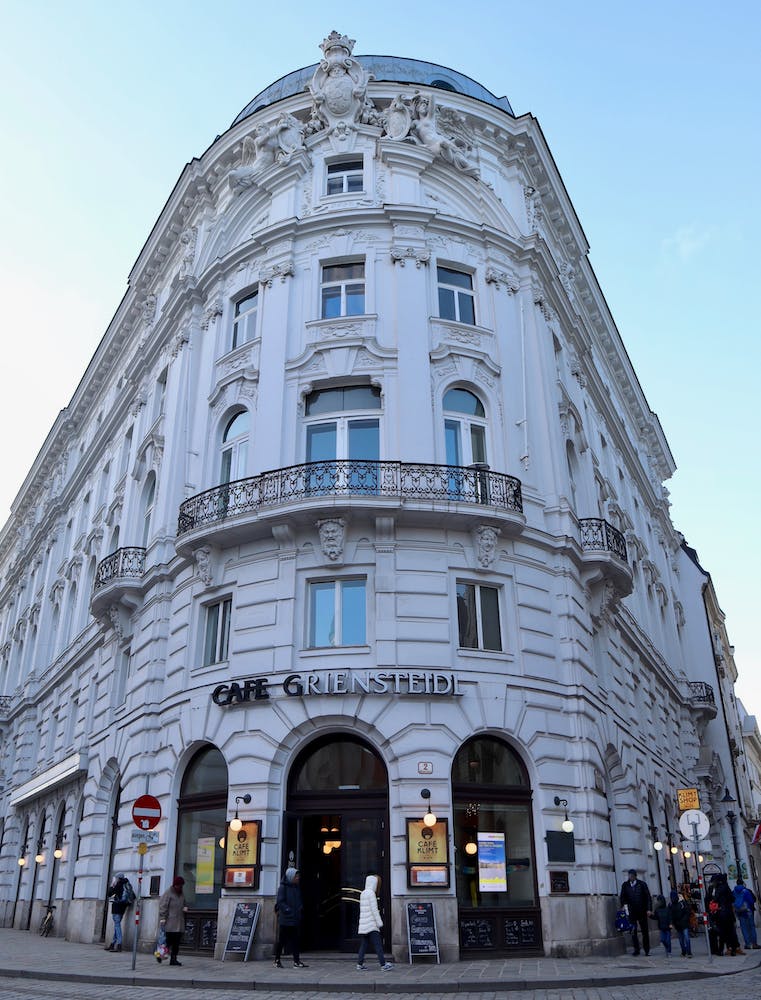 This week an announcement was made that reminded us of two stories that we have written in the past.  The first story is about the Loos Haus, which Emperor Franz Joseph apparently did not like at all: he referred to it as “The house without eyebrows” due to the simplicity of its façade.  The second story we were reminded of was about the Cafe Griensteidl, which closed its doors for the second time in 2017. The original Café Griensteidl was during its lifetime the meeting point of many writers and intellectuals.  But the original building was demolished in 1897 and gave way to the building that we know today.  When the original Café Griensteidl closed its doors, Karl Krauss wrote “Wien wird jetzt zur Großstadt demolirt” (“Vienna is being demolished into a major city”), expressing  the feeling that with the fall of the old houses the last memories are also gone.  In this story we expressed our hope that, like a Phoenix, the Cafe Griensteidl would come back.

After closing its doors the second time, the location of the Café Griensteidl experimented with a sort of restaurant called “Rien” and then with the Café Klimt.  But what comes next is a major change: starting in 2020 the supermarket Billa (actually its “better” version Billa Corso) will take over the location.  And this takes us to our two stories: if Franz Joseph was annoyed by the house without eyebrows and Karl Krauss was irritated by the new making us forget the old, we wonder what they would think about a Billa right in front of the Hofburg. Who knows, maybe they will keep the old name Griensteidl on the façade! (Cr).

Here our story of the original Café Griensteidl.

And the story about the Loos Haus is here.