A racetrack fit for a king 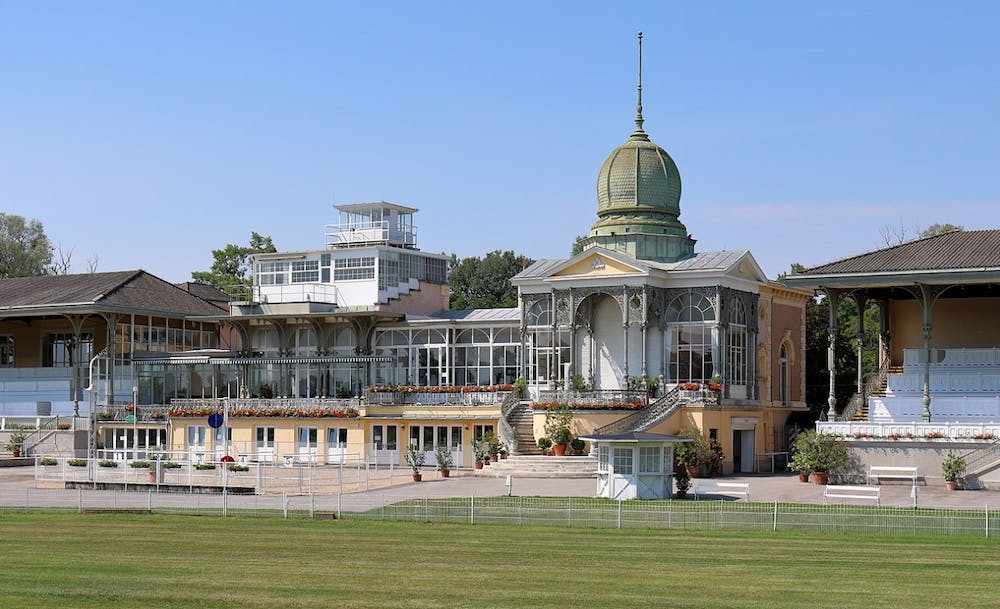 Did you know that Vienna historically had two separate horse race tracks, one for trotting (Trabrennbahn) and one for galloping (Galopprennbahn). The Galopprennbahn is the older of the two, having been opened already in 1839. It was according to the architectural and artist tenants of Historicism, which was popular at the time, incorporating a great deal of cast iron work into the design. Although the track was first used already in 1839, it was only officially inaugurated in 1858 in the presence of Kaiser Franz Josef. In the following years the impressive grandstands were built, with the central piece specifically designated for the Emperor – thus is still bears the name “Kaiserloge” (Emperor’s suite) today. The track was considered so important that a short railroad was even opened in 1886, affording visitors a direct connection from the Westbahnhof to the entrance of the Galopprennbahn via still-new rail technology at the time. This proved such a popular route that by 1909 the city also built a tram line from the city to the horse track in order to manage the large volume of visitors. This was tramline 80, which ceased to exist in 1969, but is remembered by one of the more peculiar street names in Vienna: Prater 80er Linie – a small street but with quite some history!

Today the Galopprennbahn is only very rarely used for horse races. Instead, the Kaiserloge and surrounding areas have become an event space hosting everything from weddings to the opening ballet of the Neujahrskonzert (New Year’s Concert of the Vienna Philharmonic)!  (C.G)