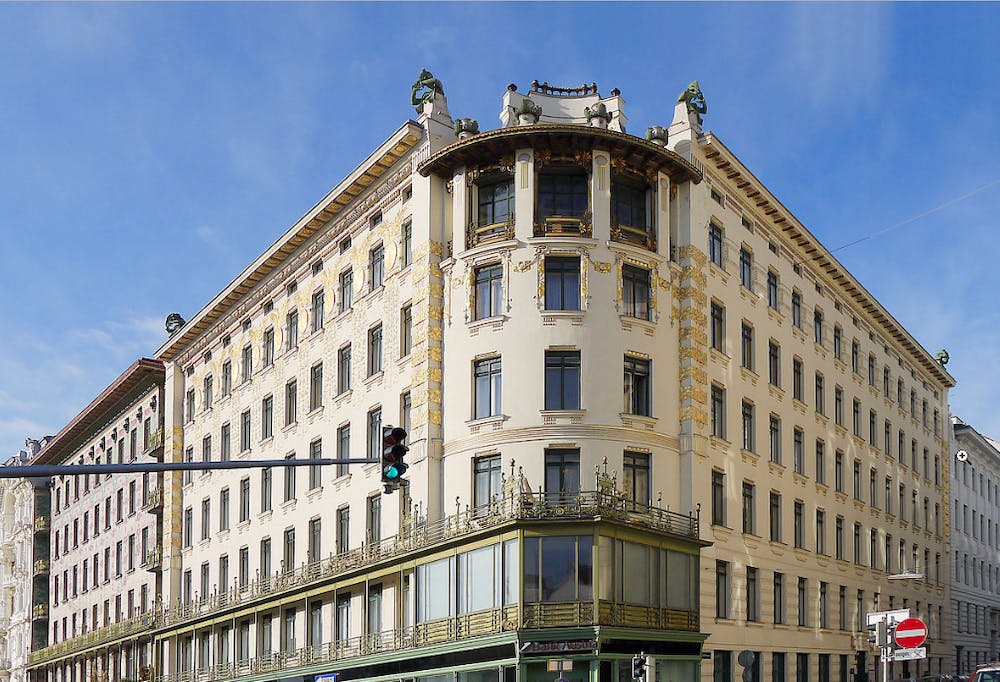 Over the past weeks we have told you about the Majolikahaus and Klöstergasse 3, two of the three Houses of the Wienzeile designed by Otto Wagner. Today it’s time to tell you a bit about the 3rd hours, located at Linke Wienzeile 38, and sometimes referred to as the Musenhaus (House of the Muse). Built together with the neighboring Majolikahaus in 1898, the Musenhaus wraps around the corner of the Wienzeile and Klöstegasse with a spectacular, circular façade adorned with delicate gold ornamentation designed by the famous artist Koloman Moser. The building is crowned by the ‘Ruferinnen’ – sculptures of female busts crying out into the world. These sculptures were created by Othmar Schimkowitz, an artist whose work can be found on many of Vienna‘s most famous Jugendstil buildings including the Secession, the Postsparkasse, and the Kirche am Steinhof.

Although we assume the name ‘Musenhaus’ may have to do with the bold female sculptures on top of the building, we have not been able to find any actual explanation for the name. Who are the muses? Why is it called the ‘Musenhaus’? Perhaps one of you knows the answers and can help us to solve this mystery! (C.G.)