The Misunderstood Location of the Johannes of Nepomuk Chapel 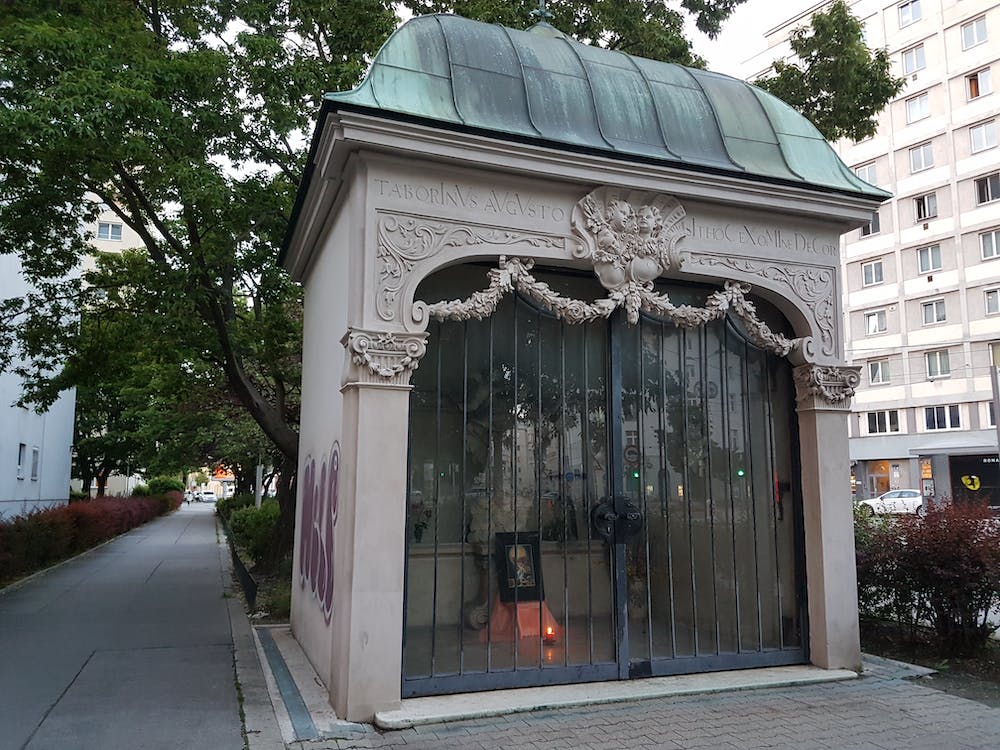 If you take tram line no. 2 or 5 to the station ‘Am Tabor’, you may notice a small chapel along the side of the road, that seems at once unassuming but at the same time requiring your attention. There is no indication what the chapel is for or what its history is; aside from an inscription above the entrance, there is no further information to inform the casual SV explorer as to the name or history of this chapel.

Despite this, a bit of research reveals that it is one of several ‘Johannes-Nepomuk-Kapellen’ in Vienna, which is to say that it is one of many chapels dedicated to John of Nepomuk, a Christian martyr drowned in the Vltava River in the 14th centurty, who then became a protector saint against floods and drownings. The chapel ‘am Tabor’ was built in 1728 and originally stood a bit further south from its current position, when it was moved in 1963 to the northern side of Taborstrasse. There are claims that since this move it is located in the 20th district, but these claims are inaccurate – it remains in the 2nd district, albeit directly on the border to the 20th, which is delineated with a line running directly along the outer side of the chapel. This has been the border between the two districts since 1900!