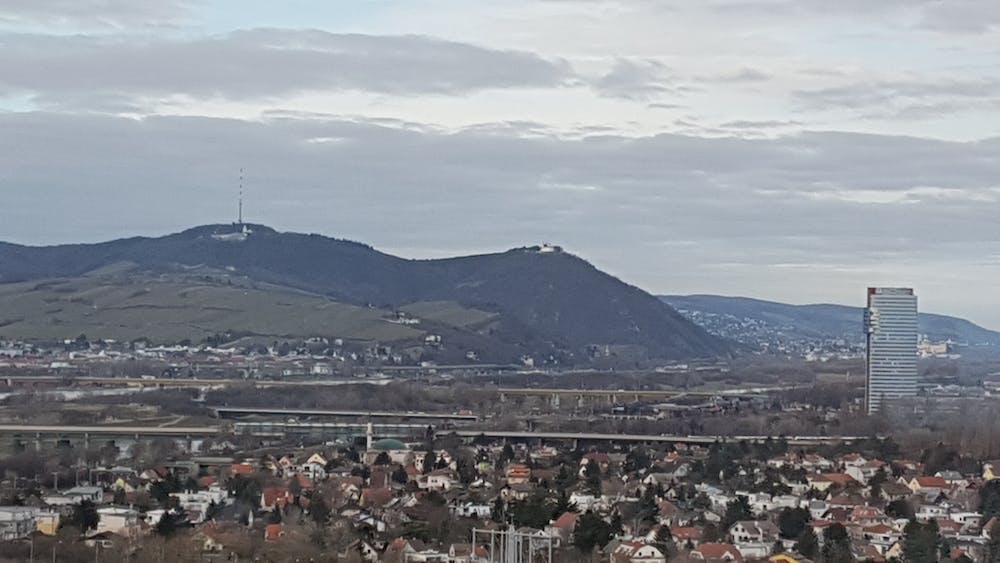 Rising gently to the north of the city, neither the Kahlenberg nor the Leopoldsberg can really be called mountains, despite the presence of the word ‘berg’ in their names – perhaps for the relative flatlands of the east these qualify as a mountain, but for the rest of alpine Austria, they barely register. Nonetheless, both these hills have stood watch over the city since its earliest incarnation, stoically bearing witness to the changing historical tides of the city.

While the city at its feet has transformed itself countless times over the centuries, the physical presence of the Leopoldsberg has remained unchanged – the same can’t be said for its name though. What we today call the Leopoldsberg has only had that name since 1693; previously it was, somewhat confusingly, called the Kahlenberg. It’s brother – the one we today call the Kahlenberg – was unpopulated and called the Sauberg (Pig mountain) until 1629, probably on account of the many wild boars that roamed its forested slopes. For some reason, the name Kahlenberg (Bare Mountain, possibly a reference to a bare cliff face on the Danube side of the original Kahlenberg-turned-Leopoldsberg) became a hand-me-down of sorts; when the Leopoldsberg got its new name, it passed its old name to its neighbor, which is how we still know it today. But the next time someone invites you to the Kahlenberg, you might want to ask twice because it’s not nearly as simple as it seems! (C.G.)