The congress of Carnuntum 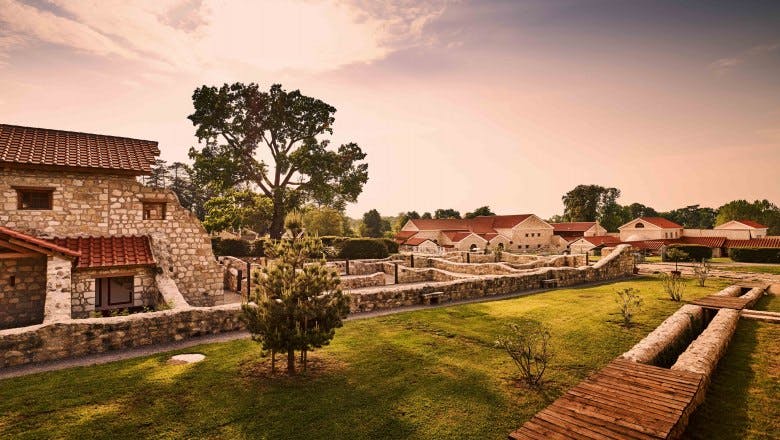 The Roman legionary camp of Carnuntum, located right between Vienna and Bratislava, had a great significance and was one of the empire’s most eastern strongholds. Although today nothing but ruins remain there, Carnuntum was once a large city with over 50,000 inhabitants.

Carnuntum was founded during the reign of the first emperor, Augustus, and became a major strategic fortress during the reign of Tiberius. It served as the garrison of various Roman legions including the 10th and 14th legions which were also commanded by Julius Caesar.

The town remained important even after the division of the Roman empire under emperor Diocletian in 286. On the 11th of November, 308, following a crisis in the newly divided empire, a historic meeting took place in Carnuntum. The aim of the meeting, which is also known as “The congress of Carnuntum”, was to preserve the peace and balance in the empire. One of its main outcomes was the rise of none other than Constantine I, who will later be known as Constantine the Great. His reign and adoption of Christianity, forever changed the Roman empire and the world as it was once known.